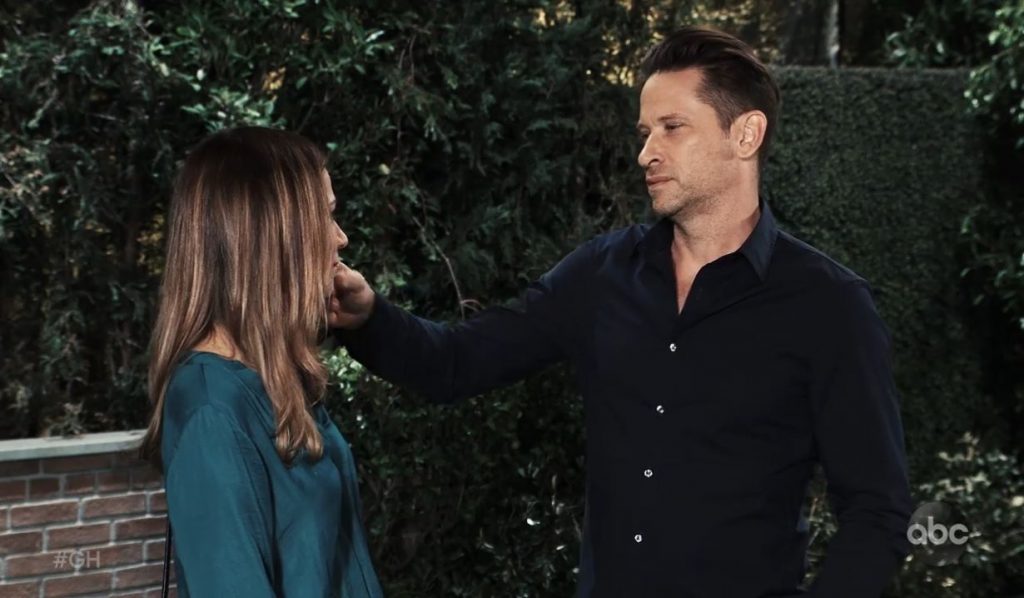 General Hospital (GH) spoilers tease that some tense courtroom drama could be coming up on the ABC soap opera. Thanks to the memory mapping procedure, Franco (Roger Howarth) has no memory of his own life, instead of believing himself to be Drew Cain (Billy Miller). Drew is presumed dead in a plane crash, so the only version of Drew out there now is the Franco version.

Franco’s father Scotty (Kin Shriner) and his wife Elizabeth (Rebecca Herbst) know that Frankendrew won’t want to give up his life, even though it’s not his body. He’s been reunited with his old flame Kim (Tamara Braun) and he won’t give up without a fight.

To that end, they have devised a plan to have Franco committed until the memory mapping procedure can be reversed. This is a risky plan, as there is no guarantee the reversal will even work!

GH Spoilers – But Not Everyone Wants Franco Baldwin Back!

Monica (Leslie Charleson) never got to know Drew as a child because the Quartermaines were unaware he even existed. If they had known, he would have been raised alongside his twin Jason (Steve Burton).

So now Monica wants to get to know what Drew’s childhood was like. With the real Drew dead, Franco is Monica’s only chance at getting to know her stepson. And then there is Kim Nero.

Kim’s mind knows that this isn’t the Drew she knew and loved. He’s not really the father of her late son, Oscar. But her heart keeps drawing her to the man who remembers their love story.

For her, even if she hasn’t admitted it to herself or anyone else, she won’t want Drew’s memories to be erased. And then there is Jason and Sam.

Jason and Sam (Kelly Monaco) were terrorized by Franco back when he was a serial killer. But he had a brain tumor that was removed and is no longer that guy. But they still hold him responsible for all the horrible acts he committed back then. They will surely think good riddance when it comes to Franco.

With sides being taken, this plan to have Franco committed will likely go to court. The Quartermaines still have a lot of influence in Port Charles and it’s easy to see Monica leveraging that to keep Drew in Franco’s head. But how would the court rule? Surely, there isn’t a lot of legal precedents when it comes to memory mapping.

GH Spoilers – Is This Situation Similar To DID?

On the surface, Franco’s situation is similar to DID, with the only difference being that the memories were planted and not as the result of some sort of trauma.

Both situations involve an individual exhibiting another personality. This is considered a mental condition and requires treatment and therapy. Liz and Scotty will absolutely hope a judge looks at the situation the same way.

Will Liz and Scotty be successful in their mission? Maybe not if Monica and the others have their way. Some intense courtroom scenes are definitely coming up so stay tuned weekdays to General Hospital to find out!

Days Of Our Lives Spoilers: Jennifer’s Kidnapper Revealed — Is It Eve Or Dr. Shah?