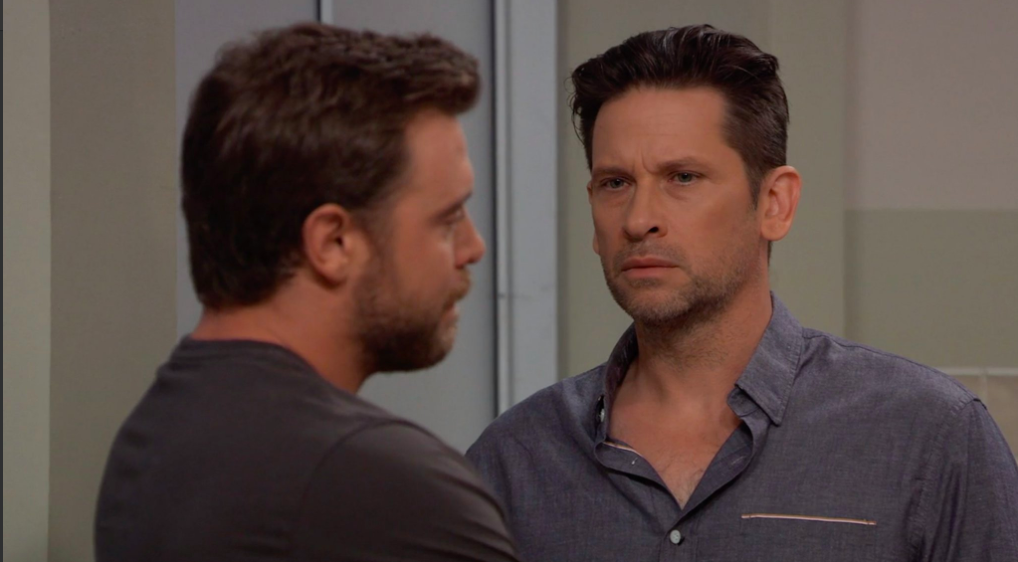 General Hospital spoilers for Monday, June 24th tease that Franco Baldwin (Roger Howarth) will get some bad news; Monday’s General Hospital previews show Franco standing in Willow Tait’s (Katelyn MacMullen) classroom with Elizabeth Baldwin (Rebecca Herbst) telling her nothing was going to happen; but could this bad news mean that something does happen, and what is the bad news that Franco might receive?

GH Spoilers: Franco Baldwin Will Get Some Bad News

It’s possible that Franco was talking about Willow’s being fired from Port Charles Elementary given the context of where he and Liz are talking, and that he knows that the petition that Liz, Lulu Falconeri (Emme Rylan) and all the parents signed to keep Willow on worked. But yet if it didn’t work, that sounds more like it would be bad news for Willow instead of for Franco.

Other General Hospital spoilers tease that Cameron Webber (William Lipton) will feel guilty about something in Tuesday, June 25th’s episode, and Cameron witnessed Franco taking off blue medical gloves and disposing of them in the garbage the day that Ryan Chamberlain (Jon Lindstrom) “donated” his kidney.

General Hospital previews for Monday, June 24th also show Curtis Ashford (Donnell Turner) asking his wife, Jordan Ashford (Briana Nicole Henry) what she is doing, and she previously had been suspicious that Ryan had really donated his kidney to save her life; and General Hospital viewers will recall her putting a call into Detective Harrison Chase (Josh Swickard) to look into what happened at GH that day but to keep it to himself. Could she or Chase have found a lead talking to Cam about Franco taking off those gloves and decided to bring Franco in for questioning?

Right now, Port Charles is missing a district attorney so obtaining warrants could be a little difficult unless there is an assistant district attorney General Hospital viewers don’t know about hanging around and approving warrants and bringing people in for questioning. After all, crime doesn’t stop just because a DA resigns and leaves town, and the police have to do their work!

Technically, Jordan’s on leave of absence and Chase should be reporting to Mac Scorpio (John J. York) instead of Jordan. Could Franco’s bad news be about his role in getting Ryan’s kidney? Mayor Laura Webber (Genie Francis) knows all about it and trumps Jordan, Mac or anyone else in the Port Charles legal system who might try to uncover wrongdoing in obtaining that kidney, so she will be quick to shut down investigations of anyone who Jordan thinks she can bring in for questioning when she’s supposed to be on leave of absence!

The Bold And The Beautiful Rumor: Is Sally Spectra Getting Killed Off As Part Of The Baby Coverup?