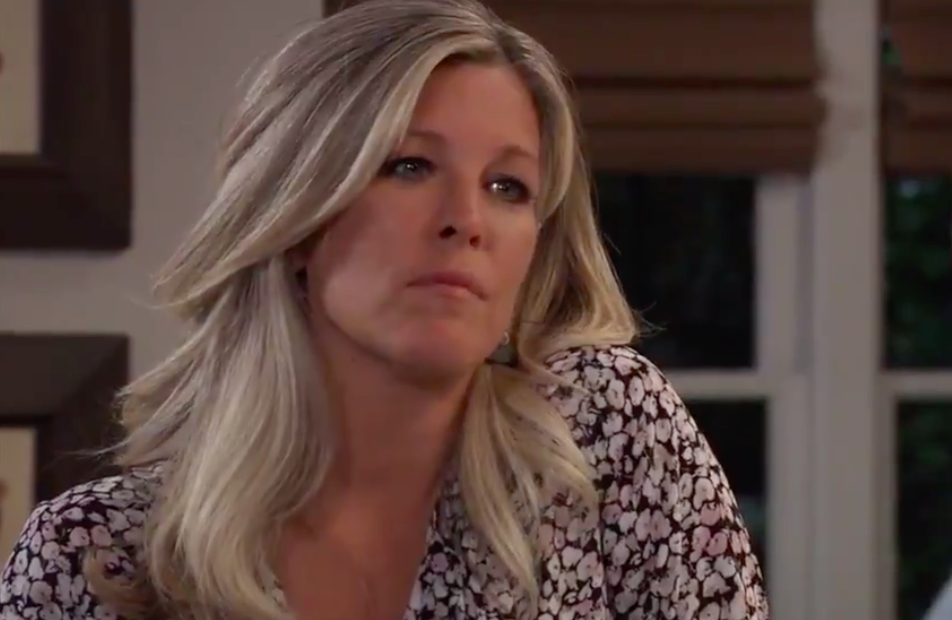 General Hospital spoilers tease that Carly Corinthos’ (Laura Wright) high AFP (Alpha-Fetoprotein) levels on her pregnancy screening tests don’t mean dire news of terrible birth defects necessarily; they only suggest there could be, and they can also suggest twins!

They could even suggest inaccurate dating of her pregnancy and she could be farther along than she thinks! Sometimes women do have a very small menstrual period at the beginning of their pregnancy which they mistake for a regular one.

Also, this type of screening test is not a diagnosis of a potential problem but only a sign that further testing needs to be done. It is part of the MSAFP (Maternal Serum Alpha-Fetoprotein Screening) – the P on the end likely indicates “panel” which is medical terminology used for testing for many different things in a person’s blood sample.

General Hospital Spoilers: Could Ryan Chamberlain (Who Is A Twin) Kidnapping Carly Corinthos Have Been An Easter Egg Spoiler

General Hospital viewers could find some humor in the fact that Carly’s having twins, if indeed she does. A mother’s genes carry the possibility for twins, but the humor would come, albeit it would be dark humor, in considering the old wives’ tail of babies receiving birthmarks that resemble something the mother encountered while carrying them; Carly was kidnapped by Ryan Chamberlain (Jon Lindstrom) – a twin – early in her pregnancy!

On the other hand, Jason Morgan (Steve Burton) is also an identical twin – plastic surgery is the only reason Drew Cain (Billy Miller) doesn’t look like Jason, and Jason hangs around with Carly a lot! Identical twins, like Ryan and Kevin Collins (Jon Lindstrom) do not run in families, although fraternal twins – non-identical ones, sometimes a boy and a girl – do run in families. For identical twins, all that would have had to happen was for Carly’s egg to split after fertilization.

Can Willow make it through the last day of school without incident? Click to watch today's dramatic, new #GH – RIGHT NOW: https://t.co/EG1DH7jai6

Can you imagine twin Corinthos babies running around and doing twin things like switching with each other and getting into mischief? And what if they were mini-mes of either Carly or Sonny?

Carly and Sonny Corinthos (Maurice Benard) would have to hire extra nannies to keep up with those two plus Avery Corinthos (Ava and Grace Scarola) not being but a few years older! Double trouble could be ahead for Carly and Sonny.