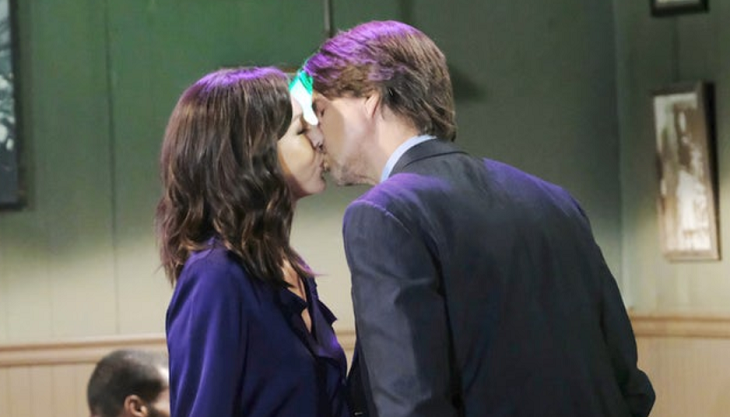 Anna may not, at least not right now. She may want to make sure which parts of who she thinks she is with her memories are her and which parts are her sister Alex, before she commits to a marriage with Finn. Although it really should not make that much difference. After all, people don’t love each other for their memories, but for who they are, even though our memories are part of who we are.

Also, as longtime General Hospital viewers know, it hasn’t really been that long since Anna lost the great love of her life, Duke Lavery (Ian Buchanan). That is sure to weigh heavily on her heart.

He had been presumed dead for many years when he was found again about six or seven years ago. Then she lost him for good in 2015 when Carlos Rivera (Jeffrey Parise) shot him under the orders of Julian Jerome (William DeVry), who had not yet left the mob at that time.

But Finn can relate to that pain. After all he lost his wife Reiko to Blackwoods Syndrome, which he was not able to create a cure for in time to save her. So both Finn and Anna have been widowed, and know that getting over a deceased spouse is much different than getting over a divorced one.

He may be ready to take that next step but then he doesn’t have a quandary to deal with over his memories, whereas that may be the difference between “I do” and “I don’t” or maybe “I don’t yet, but I might be later” from Anna.

Finn may have to be patient with Anna’s speed of healing from grief and the complication of her not knowing which memories are hers. The test will be to determine whether Anna’s objections are valid or if she’s just using them as excuses.

Hey #GH fans,
I am not looking forward to Oscar's health taking a turn for the worse 🙁 Read more on this right here ⬇️⬇️⬇️⬇️https://t.co/7m8j3pEEmg