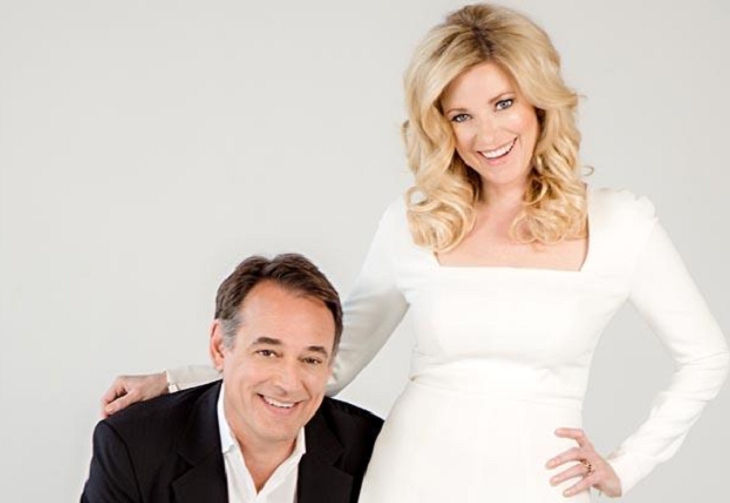 At the same time, Gina Tognoni, who had been playing the role Michelle had created on the Young And The Restless, Phyllis Summers, was let go. So, with her GH contract negotiations fallen through, Stafford soap-hopped and network-hopped back to CBS to reprise Phyllis.

McClain is the right type physically to pull off the character of Nina, although as Dixie she was a citified country girl. Plus, if GH offers McClain the part of Nina, her home and love life would be much easier to manage, considering she’s married to Jon Lindstrom, who plays Dr. Kevin Collins and his psycho twin Ryan.

She also played Kelly Andrews on the Young and The Restless, and she can glam it up marvelously when the part calls for it. Plus, as Dixie, she worked with James Patrick Stuart, who plays Valentin Cassadine now on GH, and then, on AMC, Will Cortlandt. They played brother and sister on All My Children but still made an attractive pair at the time. McClain also played Rosanna Montgomery on As The World Turns.

General Hospital showrunners will have to make a decision quickly as to what to do with the very important character of Nina Reeves. It’s rumored that GH only films six to eight weeks ahead of time, so they will need to get on the ball.

Perhaps they should have thought about the consequences if Michelle didn’t bite on the deal they offered her. Nina is a major player on General Hospital, and tied into at least one major storyline and several different popular characters’ lives.

General Hospital Spoilers – McClain Not Tied To Any Other Contract

If, as rumored, they do ask McClain to take the part of Nina, she has been doing a lot of directing on some independent projects, but she’s not tied into a contract anywhere. Plus, her husband won’t have to do the coast to coast shuffle to spend time with his wife.

Maybe Lindstrom and McClain will both move to California permanently if she gets the part of Nina! Stay tuned to General Hospital, and keep checking General Hospital spoilers frequently to see the latest news, updates, and spoilers as usual!