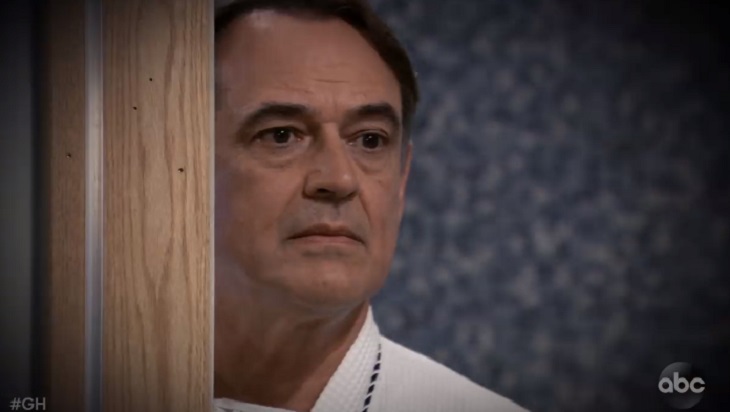 New General Hospital spoilers tease that Ryan Chamberlain [Jon Lindtrom] isn’t done yet. As a matter of fact, it looks like Port Charles’ most dangerous man is back on his feet and that he’s about to finish off a job that went terribly wrong for him. Here’s what you need to know.

Just last week on General Hospital, Ryan tried to kill Lulu in what turned out to be a botched attempt to murder her. She managed to get away, but fell to the floor in front of her mother, Laura Spencer. Laura quickly rushed her to the emergency room at General Hospital and prayed that her daughter would survive this precious attack.

Unfortunately, no one knew who did this to her or why they would want her dead for that matter. Kevin Collins was fighting for his own life, too. He experienced a sudden, piercing headache that left him blind, too. He couldn’t stab Lulu simply because he couldn’t see her.

And now that Lulu Falconeri [Emme Rylan] is awake again, it looks like she is regaining her memory. In a new General Hospital spoiler teaser trailer Lulu tells her mother that she remembers details from the attack. When Laura Spencer [Genie Francis] tells her that she survived her attack, Lulu explains that she remembers someone coming in and trying to kill her. 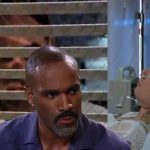 Kevin, meanwhile, is quietly creeping outside of her hospital room and listening to her conversation with her mother. Clearly, he’s not done yet as it will only be a matter of time before he strikes again.

Elsewhere, Sam McCall [Kelly Monaco] is clearly worried about her sister Kristina [Lexi Ainsworth] and her involvement with Shiloh and his supposed cult. All the clues are there, but it’s only a matter of time before Sam and Jason uncover the real truth about him.

In the teaser promo, Kristina ends up getting in the middle of Sam and Shiloh as clearly he’s on to the fact that Sam knows something about him and his shady Dawn of Day seminars.

Of course, fans will have to tune in to find out what happens next. General Hospital airs weekdays on the ABC network. Check your local listings for times.

In the meantime, let us know your thoughts in our comments section below. And as always, don’t forget to check back with Soap Opera Spy for all the latest news, updates and spoilers on General Hospital and all of your favorite daytime television shows right here!