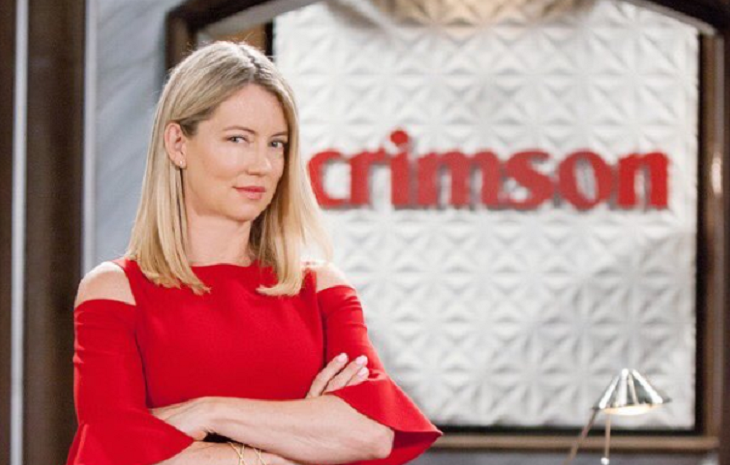 General Hospital (GH) spoilers tease that a Nina Reeves swap is about to go down and we have the scoop on when you will see it all take place. Michelle Stafford will exit he role on June 14, to move to Young and the Restless.

As a result, Cynthia Watros will step into the role of Nina during the week of June 17. In fact, her first airdate is Monday, June 17. Here’s what we know about her first storylines on GH.

Entertainment Tonight shares that Jordan Ashford’s (Briana Nicole Henry) medical bills mount up and Curtis Ashford (Donnell Turner) isn’t sure how they will be able to pay it. GH spoilers tease that Nina, as a close friend to Curtis offers to foot the bill.

While Curtis appreciates the offer, he will decline her offer. He will tell her he knows her heart is in the right place but, as Jordan’s husband, he must find a way to pay for her medical care.

General Hospital spoilers tease that later Nina will tell Valentin Cassadine (James Patrick Stuart) about Curtis’ predicament and he will have a suggestion. And, his suggestion is a good one too. Apparently, Nina thinks Curtis will like this offer much better.

Perhaps, they play to hire him for a job and grossly overpay him. No one knows what the offer is right now, but it will be interesting to find out.

Michelle has played Nina since 2014. She has made the role her own and Nina found her place in Port Charles. Of course, it was not always easy, and she has had her challenges. However, the character is a part of Port Charles and she balances out the show.

Stafford believes that Watros is an “amazing” Nina and encourages the GH fans to give her a chance. She thinks that she will “blow them away” with her talent and her take on Nina Reeves.

As for Michelle, she will step back into the role of Phyllis Abbott on Y&R next week. It will be an exciting week seeing Stafford back on Y&R and seeing the new Nina on GH.

Days Of Our Lives Spoilers: Ben Is At The Right Place At The Wrong Time — Eli Forced To Arrest Him!