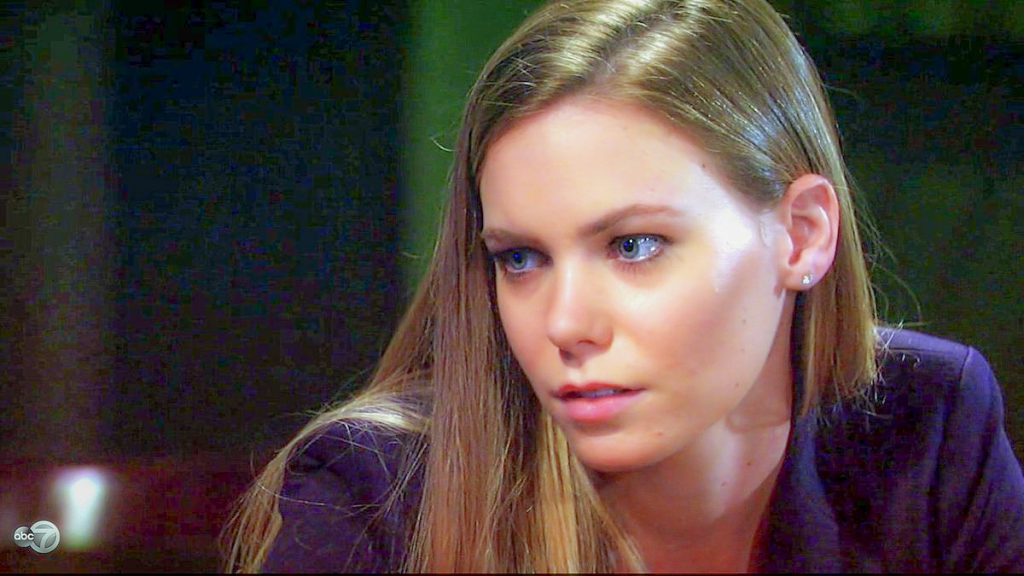 General Hospital spoilers indicate that there’s a good possibility that fans might see Chloe Lanier (Nelle Benson) reprise her role in the near future. The actress hasn’t ruled it out, even though she left the soap late last year in other to pursue other projects in the entertainment field. Here’s what you need to know.

Chloe says that while she left General Hospital for a good reason, she still misses the show and keeps up with the storylines all the time. She also says that she’s been enjoying her much-needed break away from the cameras, which is something that she needed. Chloe has been working non-stop in the entertainment industry for almost a decade now.

Speaking to ABC Soaps in Depth in a new interview, Chloe explained, “It’s been a whole other experience. I’m glad I left General Hospital when I did because I think my identity, subconsciously, became so wrapped up in working on the show that I forgot who I was a bit. I’ve been auditioning like crazy, my boyfriend and I are writing together, and I’ve done a lot of self-care over the past few months, which has been phenomenal for my psyche.”

And while no one really knows what Nelle might be plotting in exile right now, one thing is for certain: Chloe Lanier would return to Port Charles in a heartbeat. As a matter of fact, the actress said that should the producers from General Hospital give her a call, she wouldn’t hesitate to pick it up.

Chloe also said, “I live 10 minutes away from the studio, and I’m always happy to come back. It’s just a matter of scheduling or what they need for story purposes.”

So, does this mean that we will be seeing Nelle back in action sooner rather than later? Perhaps so. As many daytime fans know, you can never really say good-bye to the soap world! Watch this space. We have a feeling that Nelle Benson isn’t done with her story just yet. We’ve got our fingers crossed in hopes that she comes back!