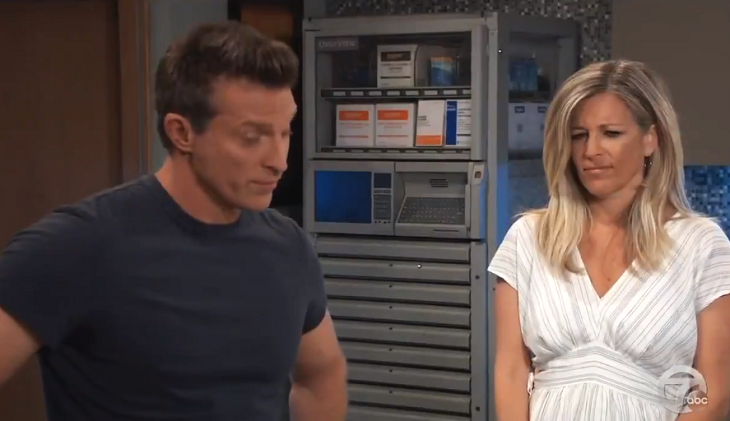 As General Hospital viewers know,  Carly began having sharp stomach pains. This can be signs of pre-term labor or an impending miscarriage. Jason Morgan (Steve Burton) rushed her to General Hospital.

After an inspection by Head Nurse Epiphany (Sonya Eddy) Carly’s pains were revealed to be round ligament pain, which is very common in the middle of a pregnancy and especially in women who have borne more than one child. Carly was right, it was nothing serious, but with Carly’s history, Jason was right to insist on an emergency room visit.

When there, Epiphany told Carly that the hospital had been trying to contact her to come in and see her ob/gyn because her CVS test results had come in. She had an appointment set up the next day. A CVS test, or chorionic villus sampling is a test used to detect birth defects, genetic diseases, or other problems during pregnancy.

It is performed by taking a small cell sample of the chorionic villi from the placenta where it attaches to the wall of the uterus. The results will tell if Carly’s baby has for instance, a heart defect like Michael Corinthos (Chad Duell) had, or any other problems that medical personnel will need to keep an eye on.

This test will also detect potential problems such as Down’s Syndrome or Cystic Fibrosis. It will also show the sex of the baby. So if she wants to know ahead of time, she and viewers will know whether Carly will have a boy or a girl.

The CVS test is not done primarily for that reason, but there are certain disorders that are common to males and others that are common to females. It can be done much earlier than amniocentesis. It is  therefore less invasive. There is less potential of harm to the baby or the mother. An amniocentesis is done with a long needle and amniotic fluid is extracted for testing.

In Thursday’s preview, Carly tells the OB/GYN that she wants the baby to be healthy above all else, so GH viewers may or may not find out whether it’s a girl or a boy. 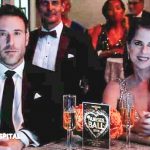