General Hospital Spoilers: Cameron Comforts Josslyn As She Grieves For Oscar– Is It Leading Up To Joss-Cam Romance? 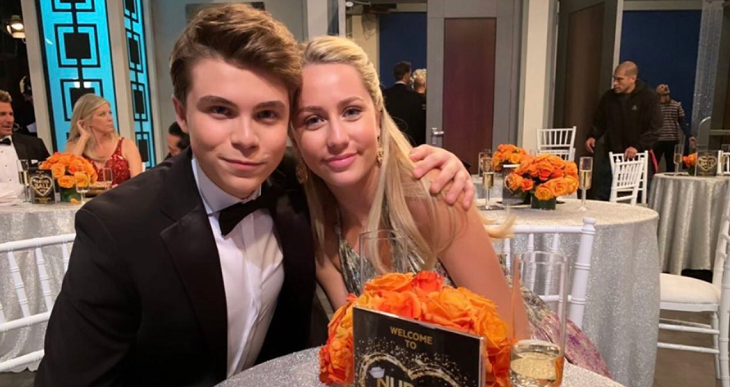 General Hospital (GH) spoilers tease that Cameron Webber (William Lipton) will need to spend some extra time with and pay attention to Josslyn Jacks (Eden McCoy) to try and comfort her in her grief for her late boyfriend and soulmate Oscar Nero Quartermaine (Garren Lake Stitt).

Even though it’s been over a month since he passed, Joss is still having a very difficult time dealing with her grief and feelings of loss. Undoubtedly Cameron is thinking back to the times that Oscar told him to take care of her after he was gone, and is thinking of the best ways that he can do that.

Cameron, however, has to walk a fine line and bide his time when he’s around Joss because he, too has romantic feelings for her and has had for quite a long time. General Hospital viewers might recall a time when Oscar and Joss got back together after an attempt by Oscar to push her away, and Cam and Joss had been fake-dating to make Oscar jealous, but for Cam, it was real, and he became frustrated and cleared a coffee table of a project that he and Joss had been working on for school!

General Hospital Spoilers: Kevin Returns To Work And Takes On New Patients — Will One Of Them Be Nelle?

With Cameron having his own set of feelings for Joss, it’s also very difficult to see her going through the grief and loss for Oscar. He felt grief and loss for him as well, even though he denied it, as General Hospital viewers will recall when he crumpled in a corner of a hallway at GH and cried!

Joss will admit to Cam that she has been putting on a brave face, but inwardly is having a hard time. As General Hospital viewers can see, that will definitely be easy for Cameron to understand, but difficult for him to deal with!

Cameron will have to be patient while hiding his own feelings for Josslyn while she recovers from Oscar’s loss, as it could take quite a while before she could be ready to consider anyone else in her life as a romantic interest; she’s just not there yet!

Days Of Our Lives Spoilers: Ted Disappears– Is Kristen DiMera Behind It?