The Bold and the Beautiful Spoilers: Thomas Calls Family Meeting at Forrester Creations – Things to Get Very Complicated 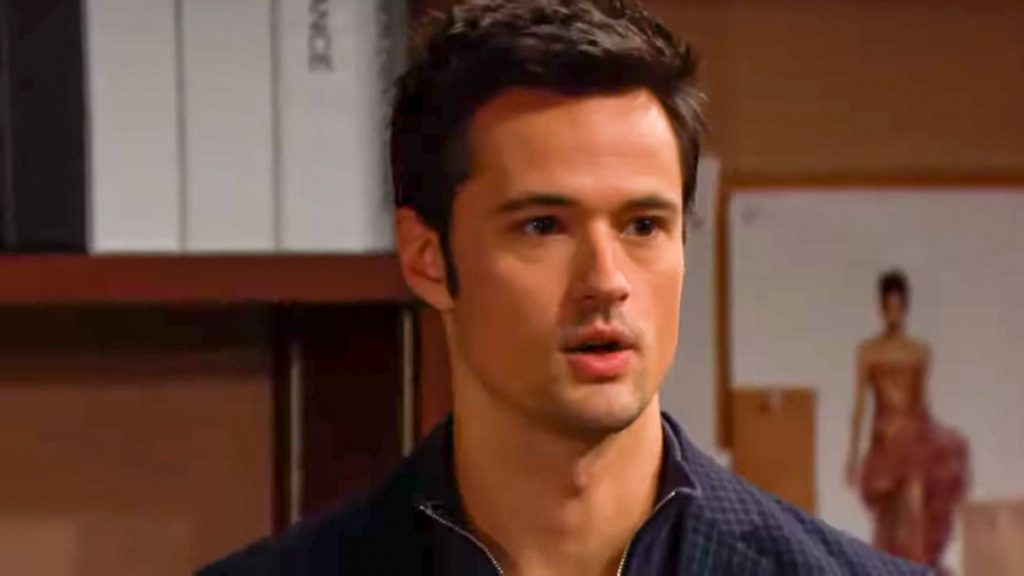 The Bold and the Beautiful spoilers reveal that Thomas Forrester (Matthew Atkinson) will call a family meeting at Forrester Creations. What could he have to discuss? Hope for the Future? Hope Logan (Annika Noelle) coming back? Zoe Buckingham’s (Kiara Barnes) return? Or is this about something else?

B&B spoilers confirm that Thomas has not given up on getting rid of the Logans. Even though he is obsessed with Hope, he still has it out for her mother, Brooke Logan Forrester (Katherine Kelly Lang). He succeeded by splitting up “Bridge,” but now he wants the woman out of his family’s company.

B&B Spoilers – Hope for the Future

We don’t know what this family meeting is about, but since it’s at Forrester Creations, it must have something to do with work. As fans know, Thomas has been trying to get Hope to come back and work on the Hope for the Future line.

However, the duo will have to compete with Steffy Forrester (Jacqueline MacInnes Wood) and Sally Spectra (Courtney Hope). Whoever gets the most buyers wins and gets the green light for their project. This might be the topic of Thomas’ meeting, to announce the contest.

The Bold and the Beautiful spoilers tease that Zoe will make a surprise return to the fashion house. Even though Steffy arranged this, she will probably let Thomas believe that he was the decision-maker. It isn’t likely that this has anything to do with the meeting, but it’s still possible.

One theory that hasn’t been mentioned regarding Thomas’ meeting is that it might have to do with his plan to boot the Logans out of Forrester Creations. Not too long ago, Brooke was firing off demands to Thomas like she ran the company. Thomas wants revenge, not just because of this but for many reasons.

Now that the divorce papers are signed, Brooke might not have any clout in the company. Like Atkinson explained to Soap Opera Digest several weeks ago, it’s not Logan Creations, but Forrester Creations.

There is also speculation that Ridge Forrester (Thorsten Kaye) won’t be able to file the divorce papers, even though they are signed. It is possible that Ridge and Brooke could get back together in a few weeks. If that happens, then that will make Thomas even more determined to get rid of her. If he can’t keep her out of the family, then he will try to boot her from the company. He doesn’t have that power, but perhaps he has information that will force Ridge and Steffy to make a difficult decision.