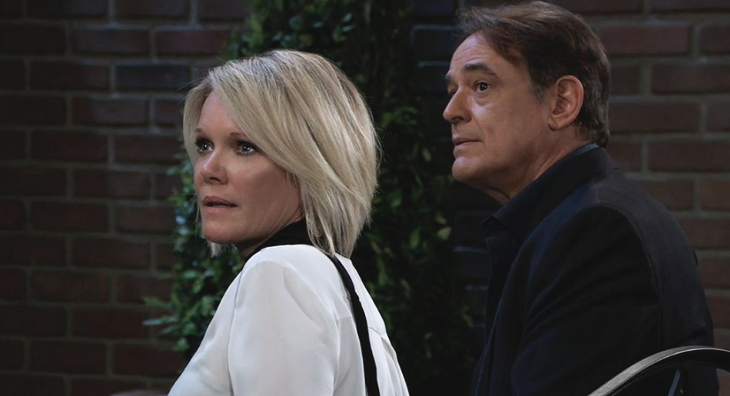 On Wednesday’s episode, Curtis Ashford (Donnell Turner) and Laura Collins (Genie Francis) were tracking Ryan. They found a house near Toronto where a suspicious amount of mail was piled up. When they tried later, a young woman named April Tremblay tried to shoo them off, but then Curtis got a call.

When they got there, April was dead from a stab wound and it was undoubtedly Ryan, as there were newspapers with gossip about Kevin and Ava in them. Laura and Curtis’ survival was left in question at the end of the episode. 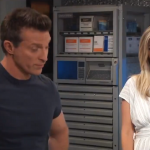 Curtis was knocked out and Ryan was rushing at Laura, who was screaming. However, both Curtis and Laura are mentioned in down-the-road spoilers so Curtis will probably save Laura but Ryan will probably get away from him!

Other General Hospital spoilers tease that Ryan will show up, possibly with a gun, and start shooting sometime during the Nurses’ Ball. He will more than likely kidnap Ava or at least try to. Other spoilers tease that Ryan may be either killed or disabled. Bill will it be enough to harvest a kidney for Curtis’ wife, Commissioner Jordan Ashford (Briana Nicole Henry)?

Kevin was a donor match, but was unable to donate, due to a diagnosis of prediabetes which it would have taken too long to recover from. Jordan needs a kidney much sooner than six to eight weeks.

Kevin and Ava will put on a “show” that will rival the attention that the Nurses Ball performers will receive. But they’ve already drawn plenty of unwanted attention!

General Hospital Spoilers: Sam Asks Shiloh To Be Her Date For The Nurses Ball So Jason Can Take Him Down https://t.co/Xk45GJ2ydD pic.twitter.com/VEoBD1cd83