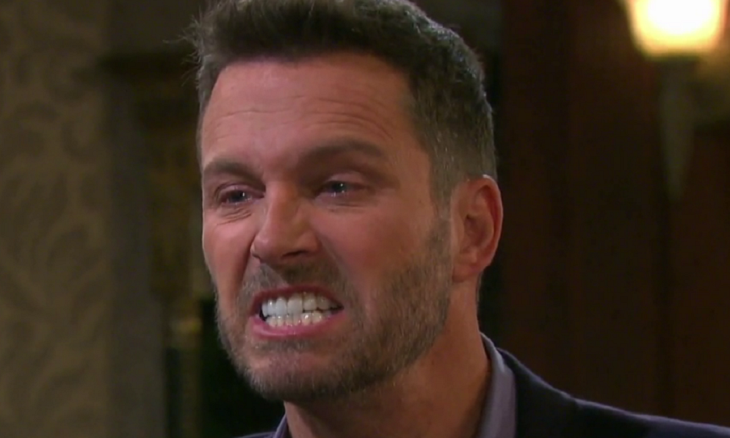 Days of Our Lives spoilers tease that Brady Black (Eric Martsolf) will warn Rex Brady (Kyle Lowder) about Eric Brady’s (Greg Vaughn) history of stealing his brothers’ women; will he use Nicole Walker (Adrienne Zucker) as an example? She would be the most recent example that Brady could think of. Of course, Brady kind of has a bias on that subject, and it’s not even really accurate.

Eric was involved with Nicole years before Brady was and Nicole was Eric’s first love as a young man. This was before Roman Brady (at that time Wayne Northrop) was presumed dead and John Black (Drake Hogestyn) came to town and was presumed to be Roman Brady, until the real Roman resurfaced. That’s a lot of years and was before Brady was even born!

Days of Our Lives Spoilers – Brady And Eric’s Rivalry

Brady just feels competition with Eric for women, even though the only woman they’ve ever had in common is Nicole. He was married to her at one time, whereas Eric has never been married. Brady also got involved with her when she was still married to his grandfather, Victor Kiriakis (John Aniston).

To top it all off, Brady ruined his marriage to Nicole by becoming re-involved with Chloe Lane (Nadia Bjorlin) when he realized he was still carrying a torch for her, after their marriage had ended and she returned from Europe where she had taken a singing job.

Days Of Our Lives – Which Brother Will Come Out On Top?

True, Brady and Eric were both involved with another same woman – in a manner of speaking. Brady was going to get married to Kristen DiMera (Eileen Davidson) – which only put a wedge between him and his father John Black and his stepmother Marlena Evans (Deidre Hall). The thought of him being involved with such a depraved, dangerous woman horrified them.

And Kristen turned around and drugged and raped Eric while involved with Brady. Brady can hardly say Eric stole her from him. On top of everything else, Kristen owned the warehouse where Nicole (as far as we know) met her death and Eric and Brady saved little Holly (Harlow and Scarlett Mallory), but failed to save Nicole.

ays Of Our Lives Spoilers: Will And Sonny Celebrate– Did John Find Dirt On Leo?#DAYS#DaysOfOurLives#DOOLhttps://t.co/Q9gpZJsXw9

It seems like Brady and Rex are more like kindred spirits and both would steal a woman from each other in a heartbeat, rather than Eric stealing any of his brothers’ women. This is more like the pot calling the kettle black! Stay tuned to Days of Our Lives and keep watching Days of Our Lives spoilers frequently to see who comes out on top in the “battle of the brothers” over Sarah Horton (Linsey Godfrey).