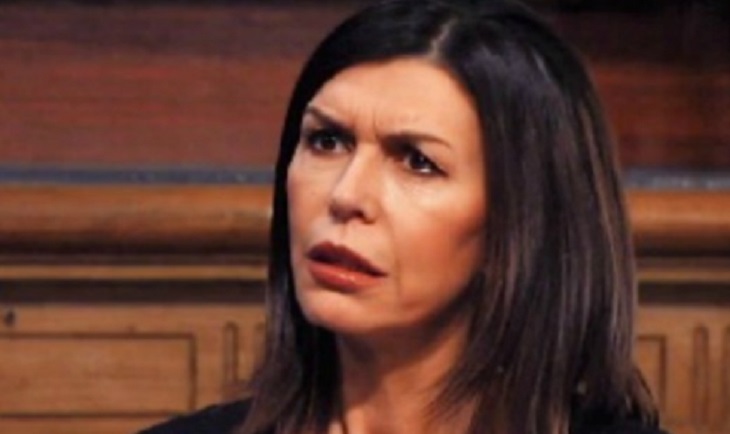 General Hospital spoilers tease that soon Anna Devane (Finola Hughes) will have a surprise visitor; will it be her twin, Alexandra “Alex” Devane Marick (Finola Hughes)? Will Anna find out that Alex too was a victim of the blindness virus?

Alex has been mentioned several times in the last couple of weeks on General Hospital, and that’s usually an indicator of an upcoming appearance! Besides, with Ryan Chamberlain (Jon Lindstrom), his twin Kevin Collins (Jon Lindstrom) and Anna all having suffered a bout with it, can Alex be far behind? 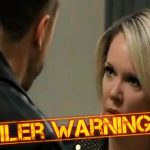 Other General Hospital spoilers tease that all four twins were exposed to Dr. Arthur Cabot and probably at the same time, with the virus likely having an extremely long incubation period. Ryan and Anna could have been brainwashed not to remember the experimental project as part of a DVX mind control experiment, for that matter it may turn out that Alex and Kevin don’t remember it either.

General Hospital spoilers say that Ryan will ask Kevin about the project, but Ryan may not get a lot of information from him, either intentionally or because Kevin doesn’t remember it. Both Kevin and Alex undoubtedly worked on a mind control project with the DVX whether they were involved with engineering the virus, if it was indeed engineered as a biochemical weapon, or not, since Kevin is a psychiatrist and Alex is a neurologist!

If Alex shows up at Anna’s door, undoubtedly Anna will question her about working with Cabot; as will Robert Scorpio (Tristan Rogers) and possibly Dr. Hamilton Finn (Michael Easton). Even though a protocol has been developed to eradicate the virus and cure the blindness, as was done on both Anna and Ryan, Finn may want to know if the virus was engineered and planted, or if the twins and Ryan contracted it by touch, by air transmission, or by inoculation.

The story is that Dr. Cabot innocently transmitted the virus to others, but that may not be the case; and were all those patients sets of twins as well? Stay tuned to GH and keep checking General Hospital spoilers frequently to see the answers to these questions and and the solutions to many other mysteries that are ongoing!