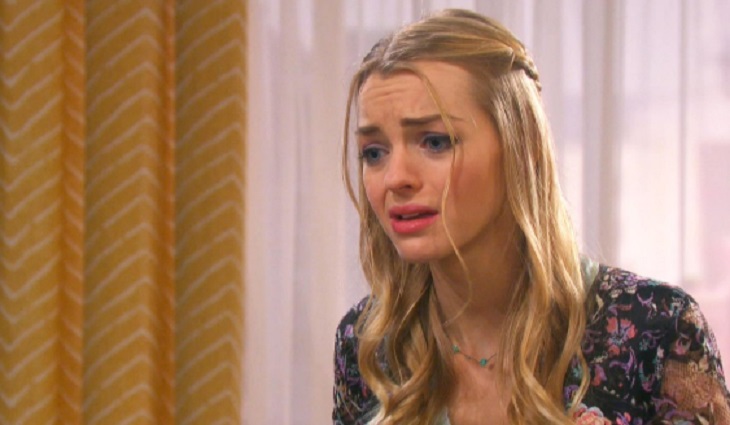 More and more Days of Our Lives cast members are being let go from the show, and the next one on the list is Olivia Rose Keegan. Known for her role as Claire Brady on the daytime drama, Keegan’s exit follows the departure of Nadia Bjorlin who plays Chloe Lane. Also, it would seem that Keegan won’t be the last to leave the soap. Based on some reports, other actors may also be on the chopping block.

Keegan first appeared on screen as Claire in 2015 when she returned home to Salem from Hong Kong. She is the daughter of Belle Black and Shawn Douglas Brady. At first, Philip Kiriakis was thought to be her father, but Claire’s true parentage was eventually revealed.

Philip fought to get custody of Claire, but his efforts were futile since Shawn and Belle ran away with their child to Australia. When her family went back to Salem, she was kidnapped but fortunately was recovered by her parents. They traveled the world together and Claire once again returned to Salem as a young woman.

Most of the time her character went up against her aunt, Ciara Brady, portrayed by Victoria Konefal. Without Keegan, fans have to wait and see what will happen to Ciara’s storyline, which always involved Claire all the time.

Keegan’s departure comes as a shock and many are wondering what the real story is behind her firing as well as Nadia Bjorlin’s sudden exit. Bjorlin’s character was supposed to have some huge storyline based on the February sweeps, which made viewers assume that her exit as well as Keegan’s may be due to budget cuts.

Although the soap has been renewed for season 55, they may be on a leaner budget and the show’s bosses might have no other choice but to let go of some characters. For now, nobody knows when Claire will leave the soap or if she’s finished taping all her scenes.