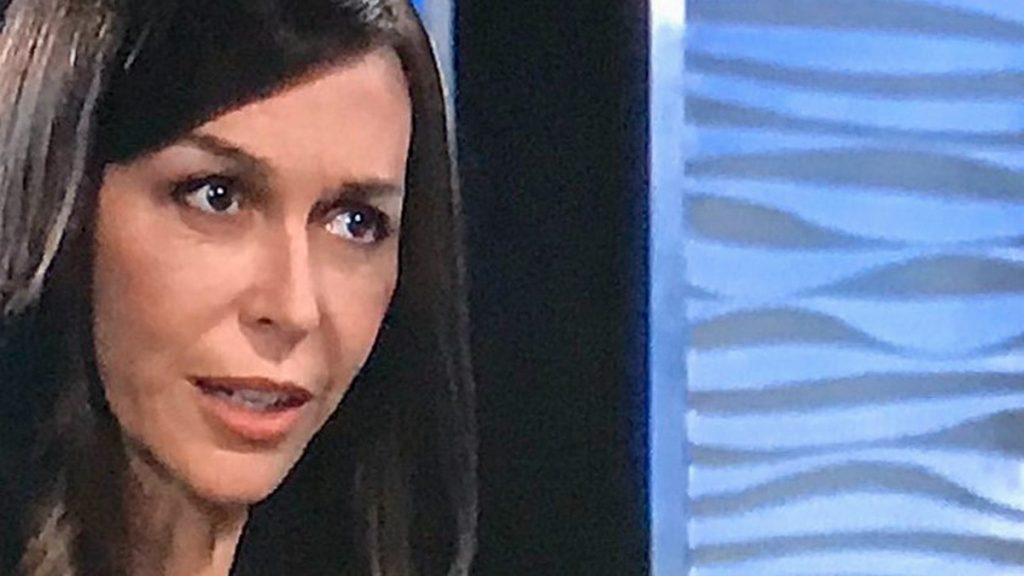 General Hospital (GH) spoilers tease that Hamilton Finn (Michael Easton) and Anna Devane (Finola Hughes) will soon call it quits. Neither one of them wanted to part, but with Finn soon to have full custody of Violet Barnes (Jophielle Love) when Hayden Barnes (Rebecca Budig) is forced to go into hiding, Anna won’t be ready to raise another child at this point in her life so the two will part amicably.

Anna will turn to a familiar source for comfort, her ex Robert Scorpio (Tristan Rogers). Anna will likely just want to talk, but as she gets more and more upset, Robert will likely embrace Anna, which could easily lead to them making love. Robert still carries a bit of a torch for Anna, so he would likely be quite happy with Anna’s new single status. He’ll likely get his hopes up that the two will rekindle their romance, but Anna may have other ideas.

Although Anna will be grateful for Robert’s support, she won’t want to get romantically involved with him yet again. As viewers recall, Anna told Robert during the most recent Nurses’ Ball that she will always care for him, but their relationship is in her past. Just because they made love won’t mean Anna will want to reunite. In fact, she will likely want to remain single at least for now. Anna will likely focus on work and her relationship with her kids.

Although he will be disappointed, Robert will hopefully understand. He may not give up though, which could be a source of annoyance after awhile. Hopefully Robert will just back off, and let them both move on. If Anna eventually dates someone else, it won’t be Robert so hopefully he can start looking elsewhere as well.

Will Anna turn to Robert when she and Finn break up? Will they end up in bed together? Will this lead to renewed romance or will Anna and Robert realize that they don’t work anymore? Only time will tell, but some heartbreaking scenes are coming up on General Hospital, airing weekdays on ABC. And don’t forget to check back here regularly for all your General Hospital news, information and spoilers!

The Bold and the Beautiful Spoilers: Liam Stunned To Learn The Truth About Hope’s Encounter With Thomas