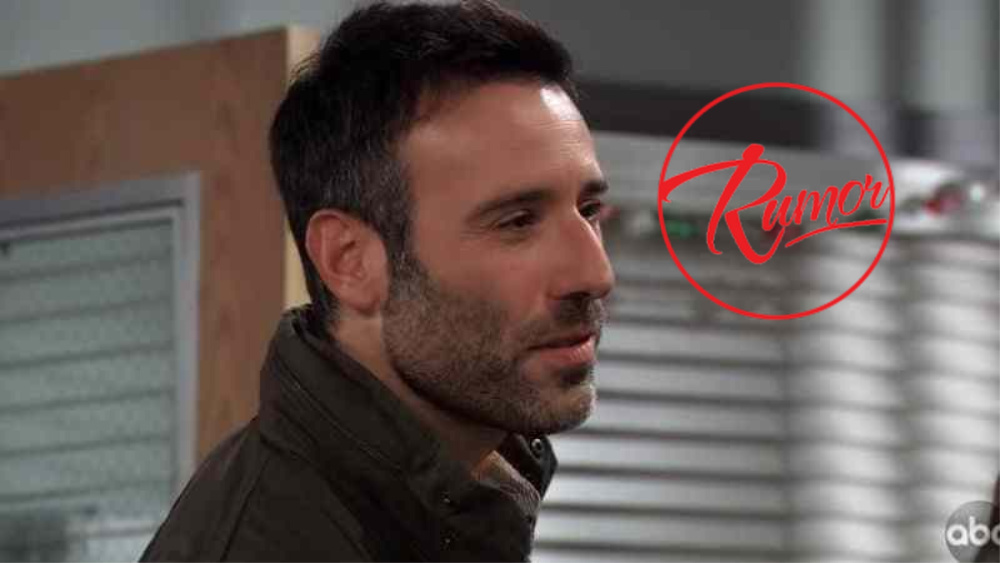 General Hospital spoilers tease that Shiloh Archer (Coby Ryan McLaughlin) might not wait for a Family Court decision to try to claim his son, who he thinks is Wiley Cooper-Jones (Eric and Theodore Olson). In Thursday, July 11th’s episode he had just picked up the DNA results ordered by him and his custody case attorney Zahra Amir (Maysoon Zayid) and Dr. Lucas Jones (Ryan Carnes) happened to be in the area.

GH Spoilers: Shiloh Archer Has Demanded Wiley Be turned Over To Him

Shiloh approached Lucas and demanded he get Wiley and his things together and turn all over to Shiloh, and he hadn’t even opened the DNA test yet and if he were to go about custody legally, he would have to turn that over to his attorney who would submit it to the family court judge, and the judge would probably order a separate test and there would have to be custody given through the court by the judge. It sounds like Shiloh has in his mind to bypass the whole legal custody process and kidnap the baby!

If the DNA test was done correctly, as it should have been, then Shiloh should be in for a rude awakening when those results are opened. Wiley is not really his son, the original Wiley died of crib death and was swapped with Jonah Corinthos! However, by the way the lab tech smiled and appeared to have that “Dawnie” look of love in her eyes when she looked at him, the DNA test very well could have been altered to make sure that Shiloh was shown as the father!

It is surprising in itself that Shiloh would have chosen General Hospital to have the DNA test done, considering Brad Cooper (Parry Shen) works there in the lab and a couple of years ago had gotten a promotion to lab supervisor! He already knew that he had followers working over at Mercy Hospital, where the original baby was born and he had sweet talked a nurse into violating HIPAA laws and got the information from her that Willow Tait/Kali Miller (Katelyn MacMullen) had given birth to a live baby boy!

This will turn out one of two ways; either the DNA will match Shiloh’s, which means the test was tampered with, or it will not, and Shiloh will go on a rampage! He may accuse Lucas or Brad of tampering with the test, and if he believes that is what happened then Wiley could still be in danger of being kidnapped by Shiloh!

The Young and the Restless Spoilers: Adam Isn’t An Ogre – Victoria Newman’s Children Are Hypocrites