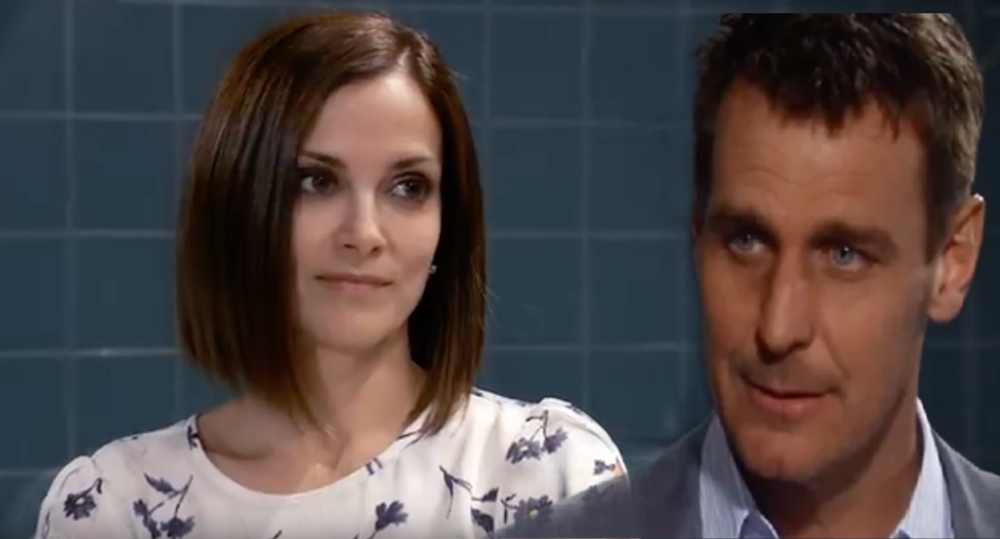 General Hospital (GH) spoilers for the week of Monday, July 15, 2019, through Friday, July 19, 2019 tease that we will have a week filled with two in cahoots, one seeks intel on another, and let’s not forget plenty of drama. We have a very exciting day coming up and you will not want to miss a moment of the action!

GH spoilers reveal that Jasper “Jax” Jacks (Ingo Rademacher) and Hayden Barnes (Rebecca Budig) will be in cahoots together to take Valentin Cassadine (James Patrick Stuart) down. Hayden will begin working as Aurora’s new CFO, and the nature of her relationship with Jax will become clear. Recently Hayden planted a big kiss on Jax, but that was only to make herself look unavailable.

Hayden had seen that Dr. Hamilton Finn (Michael Easton) had moved on with Anna Devane (Finola Hughes) and she wanted to make Finn think she had moved on as well. Hayden and Jax will find themselves left alone at Aurora and that’s when we will hear more about what the two are up to. Are you GH fans liking the dynamic between these two?

Meanwhile, Nina Reeves Cassadine (Cynthia Watros) will decide to do some digging of her own after finding out that Jax has secretly compiled some files on Valentin Cassadine and Cassandra Pierce (Jessica Tuck). She feels Jax has a secret agenda and she wants to figure out what that is.

Nina will go straight to Jax and have a conversation with him where she will bring up Cassandra’s name. She wants to know what Jax knows about her. Nina will get nowhere with Jax so she will decide to hire Curtis Ashford (Donnell Turner) to feed her information that Valentin has hired him to dig up on Jax before he gives the intel to Valentin. What do you GH fans think is going on?

For the other residents of Port Charles, Lulu Falconeri (Emme Rylan) will go to Corinthosnithos (Maurice Benard) for help. Sonny will be furious with Ava Jerome (Maura West). Sam McCall (Kelly Monaco) will have a surprise for Jason Morgan (Steve Burton). Carly Cornithos (Laura Wright) will ask for Josslyn Jacks’ (Eden McCoy) opinion. Kim Nero (Tamara Braun) and Julian Jerome (William DeVry) will have a heart-to-heart. Curtis Ashford will check in with Drew Cain (Billy Miller). As you can see we have a very eventful week heading our way, so make sure to stay tuned to ABC’s General Hospital.