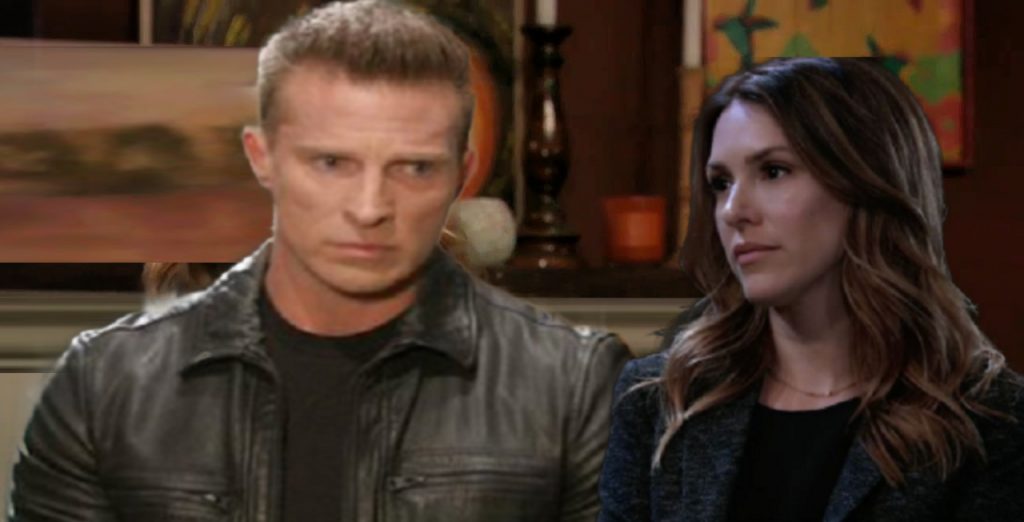 General Hospital rumors tease that District Attorney Margaux Dawson (Elizabeth Hendrickson) might discover that Jason Morgan (Steve Burton) broke into Dawn of Day, and she will have him arrested this time! Shiloh Archer (Coby Ryan McLaughlin) will not likely be so forgiving this time as he was the last time on a recent General Hospital episode when Jason pinned him to a brick wall outside of Kelly’s with a choke hold!

Other General Hospital spoilers say that Shiloh will confront Jason later in the week; of course, since Kristina Corinthos-Davis (Lexi Ainsworth) mysteriously disappeared from her initiation, along with the cup she drank from that had something with a sedative or other drug in it, Jason will be his first suspect, likely because he has been seen hanging around Sam McCall (Kelly Monaco) a little too much; after all, they have supposedly broken up, according to what Sam’s been telling Shiloh!

General Hospital viewers know that Margaux is always in it for the win; and now that she also is involved in Dawn of Day, anything involving Shiloh or the cult will be something that she will be particularly interested in prosecuting. Of course, even she has to have probable cause in order to issue a legal warrant; she isn’t the head honcho in the Port Charles court system, and neither does she have the final say; General Hospital viewers saw what happened when she tried to prosecute Dr. Kevin Collins (Jon Lindstrom) in recent episodes; the charges were dropped!

Who is hoping for this again when Shiloh confronts Jason this week #Gh pic.twitter.com/28X8231XPw

GH Spoilers: Margaux Dawson Is Counting On Harmony and Shiloh To Testify

Margaux will probably bank on Jason’s criminal record to make the probable cause stick, and also may get testimony from Shiloh, Harmony (Inga Cadranel), and even Sam, that Kristina was all ready for the initiation and then suddenly disappeared, and the initiation cup showed up at General Hospital, even though Kristina did not! That way she not only has enough evidence and testimony to get the arrest warrant but also to start building her case against Jason!

Every dog has his day, and Shiloh’s a real dog! His day is coming, but it may be a while yet! Stay tuned to General Hospital, and keep checking General Hospital spoilers frequently to see all the latest news, updates, and spoilers!