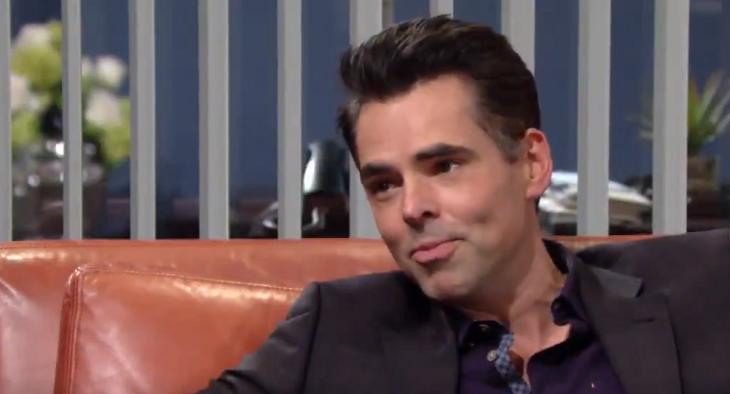 “Young and the Restless” (YR) recap for Monday, April 15, 2019 reveals that over at Victoria Newman’s (Amelia Heinle) Nikki Newman (Melody Thomas Scott) arrives where her daughter updates her that she faced her fears and is now able to move forward. Nikki learns Billy Abbott (Jason Thompson) tracked her down in Vegas. Victoria insists they’re taking things very slow.

Nikki asks why she thinks things will be different this time. Victoria feels Billy is different and mentions the high-stakes poker game in her suite. She wonders if Victoria did it to see how Billy would react. Victoria says she would never do that. Nikki asks what she’s hiding.

Victoria reveals Victor Newman (Eric Braeden) is in Vegas, not in New Zealand on business. Nikki’s dumbfounded, then angry. “That man has lied to me for the last time.” She rants then leaves Victor a voicemail advising him to be home tomorrow or he’ll rue the day. Nikki then decides they’ll track down the truth.

‘Young and the Restless’ Comings and Goings: Adam Returns – Phyllis Switch – Malcolm And Lily Check In

At the Abbott mansion, Traci Abbott (Beth Maitland) is happy when Billy Abbott says Victoria Newman is ready to move forward. Someone hammers at the door – it’s Cane Ashby (Daniel Goddard). Traci invites him in and he surprises Billy by apologizing.

Billy’s suspicious, but Cane concedes it wasn’t Billy’s fault his marriage fell apart – it was his. Billy exits and Traci asks about Lily Ashby (Christel Khalil). Cane says she’s being released this week and he can’t sign the divorce papers. Traci’s dismayed he still thinks he can fix it. Cane wants her help, but Traci is reluctant.

Y&R’s Ana Hamilton (Loren Lott) and Jett Carver (Gilbert Brown) sing together at the piano in the penthouse and Devon Hamilton (Bryton James) applauds. He wants to sign Jett to his label, but Jett declines. He feels his time has passed, but Devon argues his voice is timeless. Jett agrees to think about it. Elena Dawson (Brytni Sarpy), who has been listening, smiles at Devon.

Jack Abbott (Peter Bergman) checks out Abby Newman (Melissa Ordway) new restaurant and has an idea to launch her opening into the stratosphere – Jabot will launch their collective at the same time. Abby declines – until he ends this feud with her mother, she won’t work with either company. Jack respects that but expects an invite.

Later, Devon arrives and questions Abby telling Mariah Copeland (Camryn Grimes) she could promote the opening on GC Buzz. Abby says it’s a misunderstanding and draws his attention to the stage – she’d like LP artists to perform. Devon and Abby believe she’s found her calling.

Billy finds Jack drumming up business at Jabot and they discuss Abby’s new restaurant – she’s a force to be reckoned with. Jack updates Billy on buying Ashley Abbott (Eileen Davidson) off, but they realize it’s only a matter of time until she strikes back. Jack chortles that he can handle it and exclaims, “Bring it on.”

Billy hopes they don’t destroy each other and the company. Jack reassures him, but Billy is unconvinced. Talk turns to Billy and Victoria Newman. He reveals he plans to move back in before she changes her mind. Jack thinks they’re going at different speeds and cautions his brother.

In Chancellor Park, Y&R’s Traci advises CCane he’ll have to dig deep and be honest with himself to do battle with the demons inside. He must fix himself first. Cane talks about the lies he’s told and he does it because deep down he doesn’t believe he deserves Lily. Traci thinks he’s made a good step today in facing truths and that he can be redeemed.

Devon returns to the penthouse and takes in more of Ana and Jett’s singing with Elena. Devon announces they will play at the opening of his new restaurant. Neither of them wants to do it, but Elena helps Devon persuade them. Later, Devon thanks Elena, who warns he better do right by Jett. Devon would never exploit family. Elena mentions the coffee he owes her. Devon instead invites her to the opening of the restaurant – it’s kind of a date. Elena accepts.

Young And The Restless Spoilers – Nikki Newman Worries About Her Husband

Nikki and Victoria are snooping in Victor’s office when he calls. Nikki barks, “Where the hell are you?” He claims he’s in Istanbul, says he loves her, and disconnects. Nikki angrily tells Victoria he said to be patient and all would be revealed. They keep searching for for the office. Nikki finds a bill from a place in Nevada, near Vegas, for services for a doctor’s office.

She worries, “Victoria, what if he’s sick?” Victoria looks up the doctor and learns he’s a psychiatrist. They agree he’d never go to one. Nikki asks, “So what is he doing outside of Las Vegas paying for a shrink?”

Jack Abbott arrives at home to find Traci Abbott hiding something – it’s another surprise from Ashley Abbott, but she doesn’t think he should see it. Jack insists. She reveals an ad for Jack of Hearts featuring Kerry/Dominique (Alice Hunter) and a male model. Traci warns him not to sink to her level. Jack insists he’s rising up and phone Ashley to say, “Well played.”

Hey #YR fans,
Do you think Elena and Devon are a good couple? Read here for more information on if Devon's ready for love ⬇️⬇️⬇️https://t.co/zGn9ylM1f4

Y&R’s Billy Abbott lets himself into Victoria Newman’s house and pulls out an engagement ring – he’s waited for her his whole life, what’s a few minutes more? And that’s a wrap. Don’t forget to check often with Soap Opera Spy for all your soap needs!