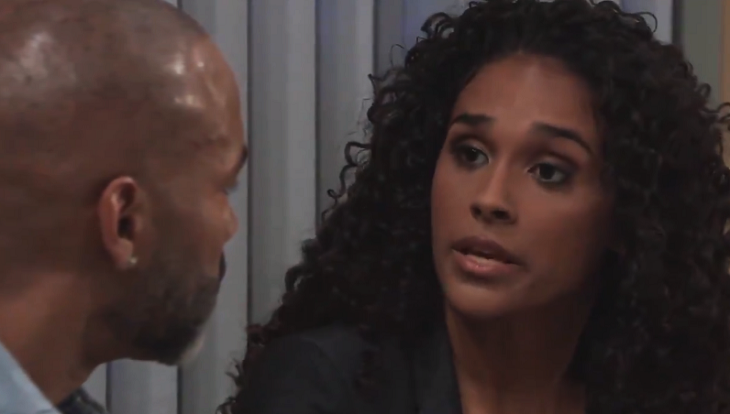 General Hospital spoilers tease that with the impending likely death of Oscar Nero (Garren Lake Stitt) there may be a kidney available for transplant for Commissioner Jordan Ashford (Briana Nicole Henry) if it is a match.

There has been much debate among General Hospital fans as to whether Oscar, as a cancer patient, can be an organ donor or not. Common sense would make one think no, but according to the American Cancer Society, the answer could actually be yes.

On their website cancer.org, in an article titled “Can I Donate My Organs If I’ve Had Cancer”, in certain cases cancer patients can indeed be organ donors. In Oscar’s case in particular, his kidneys may be viable to transplant into Jordan.

General Hospital News: Could Andrea Evans Be The Next Nina Reeves?

General Hospital Spoilers – Has Oscar Nero Made His Wishes Clear?

Of course, either he would need to make his wishes clear before he dies that he would be an organ donor. But if he has not, and he does not regain consciousness, then his parents may be able to make that decision.

The article says that either the patient would have had to be cancer free for several years, which would not obviously apply to Oscar, or a patient with a primary brain tumor that has not spread beyond the brain stem can donate organs.

In Oscar’s case, the tumor has been aggressively growing in size, so the question of whether Jordan could get one or both of his kidneys would depend on whether his tumor has spread beyond his brain stem. If it has, then there would be too much risk of cancer having invaded his other organs for a transplant to be feasible or advisable.

Jordan’s remaining kidney is not fully functioning so the possibility of two kidneys being available and matching for donation may become a reality when Oscar dies, if his tumor has not spread beyond his brain stem.

It doesn’t appear that General Hospital writers are forecasting any last minute miracles for Oscar, so Jordan receiving one or both of his kidneys may be where this storyline is headed.

Stay tuned to GH and keep checking General Hospital spoilers frequently to see all the news, updates and developments in this very sad storyline!