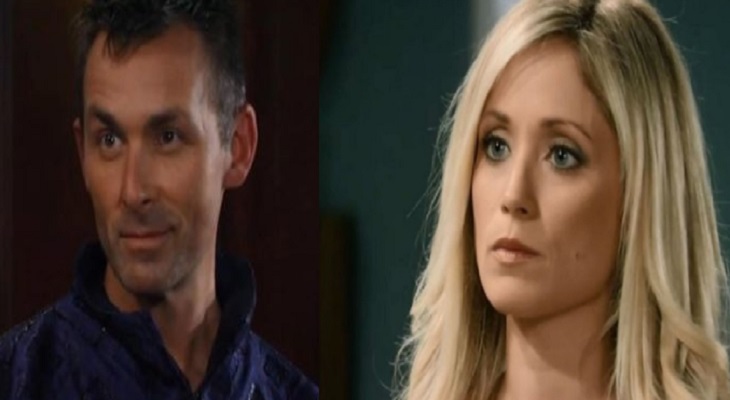 General Hospital spoilers tease that since Michelle Stafford has left General Hospital and returned to The Young and The Restless to reprise the role she created there, Phyllis Summers Abbott, the character of Nina Reeves may be written off the canvas, if General Hospital powers that be are unable to find a suitable recast to take her place.

Poor Charlotte Cassadine (Scarlett Fernandez) may act out even more at school should she lose her precious stepmommy Nina, and she didn’t even get to give her stepdaddy Dante Falconeri (Dominic Zamprogna) his present or even see him at all before he left town again to get brainwashing therapy!

General Hospital Spoilers – Will Sparks Fly Between Lulu And Valentin?

Could General Hospital writers take a chance at a one in a million pairing of Lulu Falconeri (Emme Rylan) and Valentin Cassadine (James Patrick Stuart) over their grief for the loss of their significant others, and their love for their mutual child?

Get ready for this year's festivities with a marathon of our newest #GH Collection – The Best of The Nurses Ball! Binge 16 episodes (from 2014 onward) for a limited time, no sign-in required. It couldn't be easier. Enjoy!
CLICK TO WATCH: https://t.co/Epq9a25ZMx #GH56 pic.twitter.com/M6uuAYbB3L

Of course, should writers take that route, it probably would not be something the two would ever expect to happen either, and certainly not plan. Lulu would have to either divorce or be divorced by Dante first – or not – but if writers planned a marriage of course the divorce would have to be final first.

This probably would not happen right away either, but maybe at least a year or so down the road. It would be controversial in General Hospital’s fans eyes, since the Spencers and the Cassadines have historically been enemies.

And did you know that when Lulu was a tiny two year old tot that her Aunt Bobbie Spencer (Jacklyn Zeman) was married to Stefan for about a year, from 1996-1997?

Stefan divorced her after she found out the bad things said about him were true, and colluded with her brother Luke (Anthony Geary) to take Stefan down. So if GH writers go that route, it won’t be the first time that a Spencer married a Cassadine!

Stay tuned to General Hospital and keep checking General Hospital spoilers frequently to see what happens with the Nina storylines and if Valentin and Lulu get together down the line somewhere!

General Hospital Spoilers: Monica Races To Hospital – Is There An Emergency With Oscar?