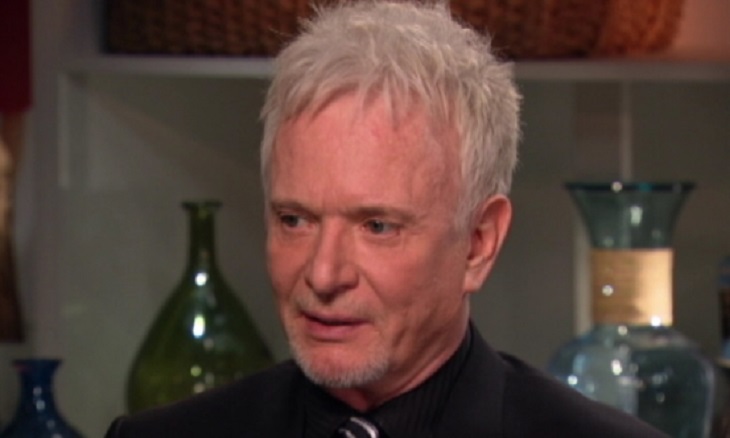 General Hospital spoilers tease that Luke Spencer (Anthony Geary) may make a surprise appearance in Port Charles when he hears of his daughter Lulu Falconeri’s (Emme Rylan) life or death crisis at the hands of Ryan Chamberlain (Jon Lindstrom)!

In an interview with ABC Soaps In Depth, Geary doesn’t rule out a return to General Hospital to reprise his long time alter ego Luke Spencer, at least for short arcs, possibly recurring occasionally. He’s sold his house in Los Angeles and has lived in Amsterdam, Netherlands since his retirement so anything long term would probably not work for him. There have been no formal announcements but General Hospital fans can see it possibly happening.

Luke, ironically a former mayor of Port Charles himself when he and Laura (Genie Francis) were still married was never a huge presence in his childrens’ life when Lulu was growing up, thanks to his many adventures out of town when his “Fluke” persona appeared.

But if he hears Lulu may be at death’s door, that might just be a different story entirely, and it would make sense for at least a short appearance by Luke until she pulls through, assuming she does.

If she doesn’t, of course he, as well as brother Lucky (most recently Jonathan Jackson, Lucky’s original portrayer) should make an appearance, but she really needs them to help her survive! There are also other GH spoilers that tease Dante Falconeri (Dominic Zamprogna) may be held prisoner somewhere and escape to help Lulu.

However, other spoilers that say Laura will need privacy by the week of January 27th’s episodes and Sonny Corinthos paying his respects at someone’s apparent funeral don’t bode well for Lulu’s survival, unless Ryan kills someone else Sonny’s close to before he kills Lulu.

Stay tuned to GH and keep checking General Hospital spoilers frequently to see who lives and who dies during the remainder of Ryan Chamberlain’s current killing spree!

This Is Us Star Milo Ventimiglia Reveals Major Season 3 Spoilers