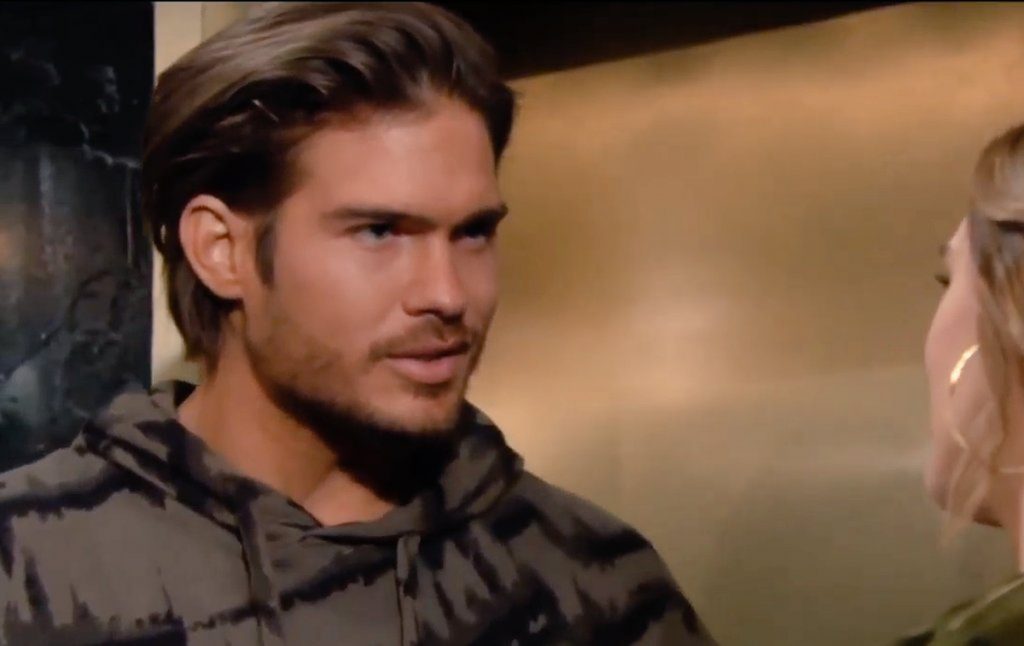 The Young and the Restless (Y&R) spoilers for Friday, November 22, tease that things are about to heat up on the CBS soap. We should note that impeachment hearings coverage is throwing off the schedule a bit. It looks like the episode meant for Wednesday will now air Thursday, which means Thursday’s Y&R spoilers are now for Friday. Let’s take a look at what’s ahead in Genoa City.

At Devon Hamilton’s (Bryton James) penthouse, he’s still dwelling on all the will drama. Elena Dawson (Brytni Sarpy) points out that Devon doesn’t know for certain he was scammed. Devon wonders if Colin Atkinson (Tristan Rogers) can even be found. He has doubts about Colin coming clean, but he ultimately shifts gears and counts his blessings with Elena.

In the Maldives, Jill Abbott (Jess Walton) arrives in Colin’s suite and pushes him to come out. Colin struts over with Champagne and a couple glasses. It doesn’t take Jill long to realize Colin lured her there. She wants to know the truth about the will and Katherine Chancellor’s (Jeanne Cooper) true heir.

Colin contends that he made things right and the pages were legit. As for the scheme surrounding the will, Colin argues that no on would’ve believed him if he’d just shown up with the pages. He assures Jill that Katherine’s wishes were carried out before yanking Jill close to him. Jill eventually slaps Colin for causing so much pain, but she kisses him for how crazy he drives her.

At Society, Phyllis Summers (Michelle Stafford) needles Nick Newman (Joshua Morrow) about how they’re contenting adults and can do whatever they want. She suggests that leaves it open. Nick and Phyllis try to find something to talk about that’s in the safe zone. After Nick asks if she’ll scorch a turkey for Thanksgiving, Phyllis recalls memories with him and laughs.

Afterward, Phyllis wonders if Nick’s up for a video game, so they battle it out on their phones. They get a little too into the game and disturb the other customers with their shouting, but they acknowledge that they had fun. Over with Nate Hastings (Sean Dominic), he learns Amanda Sinclair (Mishael Morgan) isn’t seeing anyone. She’s too busy to date, so Nate reflects on hearing that from Abby Newman (Melissa Ordway) and learning to take the statement seriously.

Amanda considers Devon’s reaction if she did date Nate. She later hugs Nate after he tells her goodnight. At a dive bar, Amanda plays the jukebox and smiles as she listens to the music. Meanwhile, Jack Abbott (Peter Bergman) asks Theo Vanderway (Tyler Johnson) to come over to the Abbott mansion. He makes a pitch in hopes of keeping Theo in GC instead of losing him to Ashley Abbott (Eileen Davidson) in Paris.

Theo doesn’t like the idea of bringing out Jack and Ashley’s competitive sides with another war. However, Jack keeps pushing and convinces Theo to remain in town. It’s decided that Theo will run Jabot’s social media department and work under Kyle Abbott (Michael Mealor).

At Jabot, Summer lets Kyle know that Theo’s accepted Ashley’s offer and is headed to Paris. She later meets up with Theo, who informs Summer about the change of plans. Summer’s naturally worried about Theo and Kyle clashing on the job. Theo mentions that he’ll be working with Summer, which he’s excited about.

Next, an executive team meeting gets underway. Kyle is taken aback over Billy Abbott’s (Jason Thompson) resignation and learns Jack will be CEO again. Lauren Baldwin (Tracey E. Bregman) and Kyle are now co-COOs. Since Jack’s promoting Summer, Kyle realizes they still need someone to be over social media. He’s clearly alarmed when he learns it’ll be Theo, but Jack warns that he won’t stand for another round of infighting.

At Nick’s place, Chelsea’s text lets him know she’s staying over at Adam Newman’s (Mark Grossman) tonight. She contends that it’s just in case Connor Newman (Judah Mackey) has a rough night. The Young and the Restless spoilers say Adam and Chelsea’s growing bond could become a bigger problem soon. We’ll give you updates as other Y&R news and rumors emerge. Stay tuned to see what else is ahead in Genoa City.