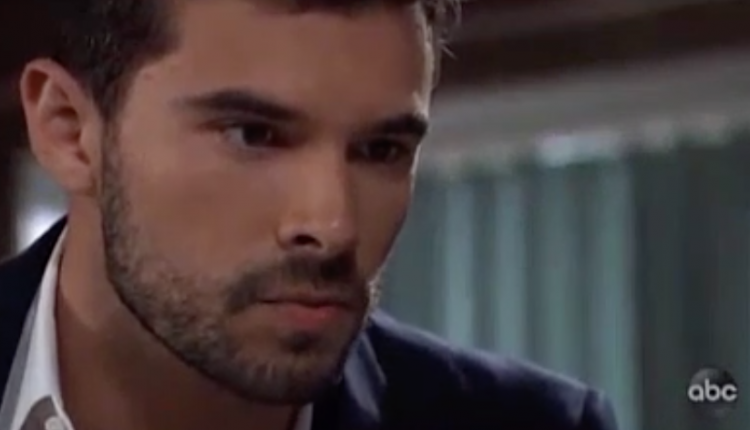 Welcome to your Wednesday, June 5 General Hospital recap! We begin our day at Sonny Corinthos’s (Maurice Bernard) house where DA Margeaux Dawson (Elizabeth Hendrickson) is wondering why she has been summoned. She walks into the living room to find Jason Morgan (Steve Burton) waiting for her.

At the Metro Court, Maxie Jones) Kirsten Storms, Peter August (Wes Ramsey) and Lulu Falconeri (Emme Rylan) are having lunch. Lulu updates them that Ryan Chamberlain (Jon Lindstrom) has agreed to donate his kidney to Jordan Ashford (Brianne Nicole Henry). They all think it’s weird that he’s saving the police officer who was hunting him down.

At General Hospital, Harmony Miller (Inga Cadranel) walks into Shiloh Archer’s (Coby Ryan McLaughlin) hospital room and is frantic to know what happened to him. She says it must have been Jason Morgan that did this. Shiloh grabs her arm and says to tell him if she had a part in keeping his child from him.

At Charlie’s Pub, Michael Corinthos (Chad Duell) picks up Wiley from Brad Cooper (Parry Shen) and tells him he misses him. Brad tells him to keep his voice down in case anyone is listening. Brad says that Lucas Jones (Ryan Carnes0 is afraid. Brad tells Michael he is worried that Willow will want to take Wiley away.

Harrison Chase (Josh Swickard) shows up at the pub to see Michael as Brad leaves. Michael asks Chase how long he has known that Wiley was Willow’s son. They agree they need to be willing to stop him at all cost. 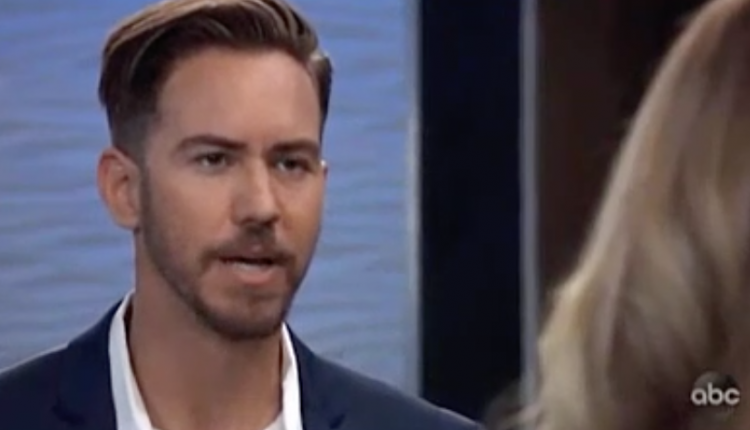 Lucas asks about Shiloh and how he had control over her. Willow says she tried to keep Wiley hidden better, but that it didn’t work. Lucas apologizes for being angry with her after the Nurse’s Ball. 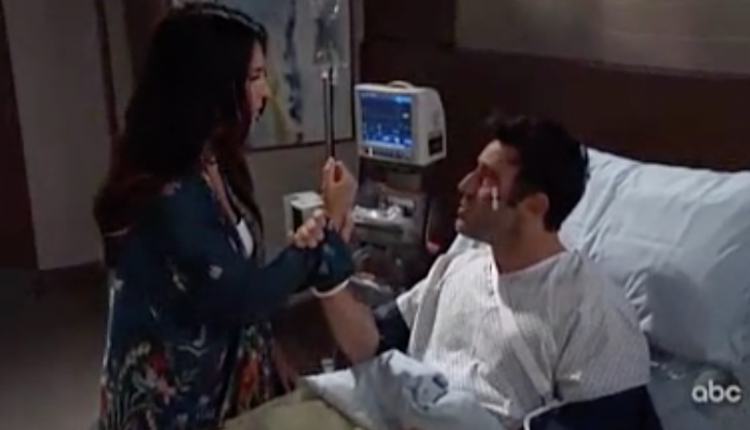 Sam McCall (Kelly Monaco) and Julian Jerome (William Devry) have made a fake ID of Willow so that Sam can access her files in the records room. Sam shows the record holder a court order and says she wants to make sure her “son” remains the adoptive parent’s son (her brother and Brad).

Julian barges in to the records room next to Sam, pretending to need help as well. Julian pretends he needs more help than Sam, suddenly the fire alarm goes off and they grab the papers they need while the record man is distracted.

General Hospital Spoilers– Will Margaux Use Evidence Against Shiloh?

At the Corinthos mansion, Jason Morgan presents evidence to Margeaux Dawson of Shiloh drugging Sam. They also have the recordings and Sam will testify that she was almost sexually assaulted. Sonny reiterates that he’s a sexual predator and they have his voice on recordings.

Sonny says he is going to do everything he can to take down Shiloh. They tell Margeaux that they have all the pledges and destroyed all but one – hers. He uses it as leverage to make her go after Shiloh. 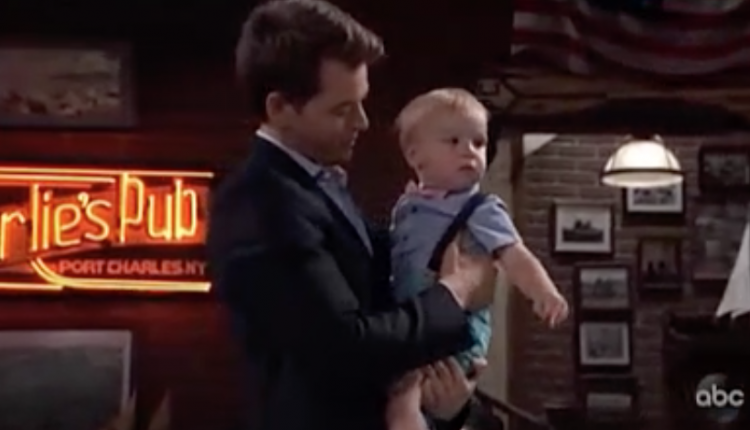 At the hospital, Shiloh grabs Harmony’s arm and is telling her about Willow and his baby. He says this explains why she ran away and hid from them. Shiloh says Willow is hiding the baby and now its Harmony’s mission to reunite them.

Shiloh tells Harmony that he knows she is lying and that she’s a sad, sad woman. Harmony says a baby would be a blessing to them all.

Lulu wonders if this new story about dating is not as exciting about the Ryan Chamberlain story. Maxie says this story is important – it’s about protecting women. Peter tells Lulu that she needs to be careful. Lulu says she made a fake dating profile in order to capture the robbery culprit. Maxie says she should go on some dates in order to get a free glass of wine and get her spirits lifted.

Chase shows up at Willow’s classroom and she says how great Lucas is. She’s happy that he and Brad are Wiley’s parents.

Margeaux tells Sonny that he got her where he wants her – “congratulations Sonny, you win.”
Harmony confronts Willow and says she needs to tell her where the baby is.

At the hospital, Chase busts into Shiloh’s room with an arrest warrant and reads him his rights….flash to preview

The Bold And The Beautiful Spoilers Thursday, June 6: Brooke Pleads With Hope- Liam Calls Thomas Out