General Hospital recap Tuesday September 24th: Sam, Dev, and Wiley are in danger! – Josslyn Thinks She Is Being Sent Away 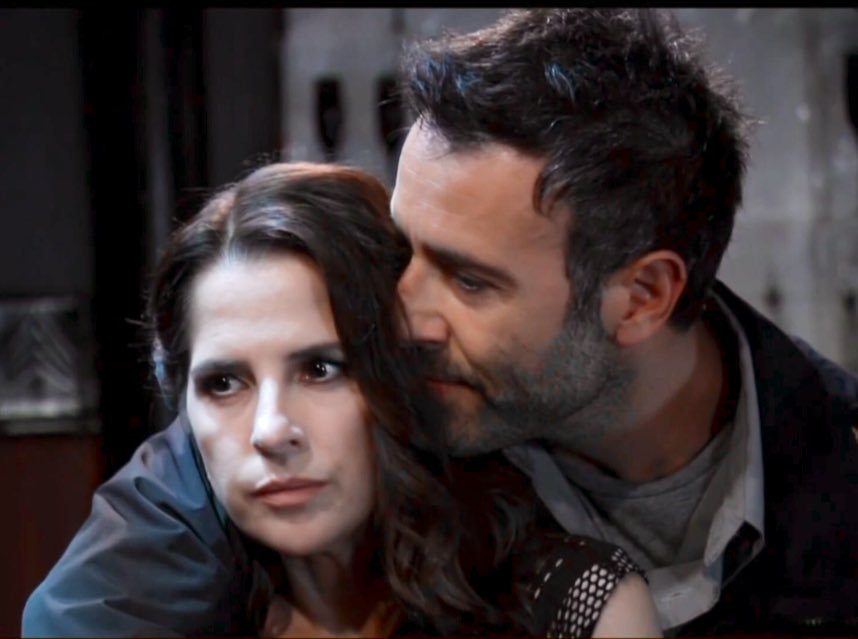 Welcome to your Tuesday September 24th General Hospital (GH) recap! We begin our day at the Metro Court Hotel, where Peter August (Wes Ramsey) enters a room and dumps a large pile of cash on a bed.

At Maxie Jones’s (Kirsten Storms) apartment she is catching up with her ex Damian Spinelli (Bradford Anderson) about their daughter Georgie. Spinelli says shes computer smart, but also a bit of a fashionista like her mom.

In the Corinthos mansion kitchen, Josslyn Jax (Eden McCoy) runs into her half-sister Kristina Davis (Lexi Ainsworth) who wonders why she has luggage. Josslyn explains that she is being sent away to boarding school.

At the Metro Court restaurant, Jasper Jax (Ingo Rademacher) hands the boarding school brochure over to Carly Corinthos (Laura Wright) and wonders what is going on. Carly explains it was not for her, but is for Sonny’s cousin Dev. Sonny says that Josslyn going away for school or moving in with Jax is not a terrible idea.

Josslyn explains to Kristina that she thinks they are sending her away because she obviously does not want to be in school in Port Charles. Sonny and Carly come home and explain that they would never send her away. Josslyn says that maybe boarding school would not be such a bad thing for her.

At General Hospital (GH), Willow Tait (Katelyn McMullen) arrives with boxes for her new job and runs into her boyfriend Harrison Chase (Josh Swickard). He explains that Shiloh escaped from Pentonville

At General Hospital (GH) in an exam room, a laid up Bobbie Spencer (Jaclyn Zeman) relays that Shiloh kidnapped Miley when he stole her car. Her son Lucas Jones (Ryan Carnes) and Jason Morgan (Steve Burton) freak out and call the police about the kidnapping.

Bobbie relays to Jason the timing of the kidnapping by Shiloh after the swim lesson. Lucas tells his husband Brad Cooper (Parry Shen) what has happened.

Maxie explains that she is in a relationship with Peter and she wants him to get to know Georgie. Spinelli reminds her about the awful thing that he did to Jason

At the Haunted Star, Shiloh Archer (Coby Ryan McLaughlin) is holding baby Wiley as Sam McCall (Kelly Monaco) tells him he’s running out of time. Sam checks on Dev who wakes up from being knocked out. Sam continues to yell at Shiloh that his plan to get away is not going to work.

Jason calls Spinelli and tells him that Shiloh has escaped and he needs to know where Sam is.

Willow is frantic about Wiley as Chase tries to console her.

Jason figures out that they are all being held by the pier and rushes over.

Spinelli gets very upset at the idea of Peter becoming Georgie’s stepfather. Maxie find a bank note with Peters name on it with a withdrawal of $35,000

Sam begs for Wiley and Dev to be let go and she offers herself up to him. Shiloh agrees to let the children leave the ship. Shiloh tells Sam he will be headed to Canada as soon as he deals with her……..flash to preview

The Bold and the Beautiful Spoilers For Wednesday, September 25: Katie’s Family Gets Terrible News – Sally & Quinn Reel From Engagement News