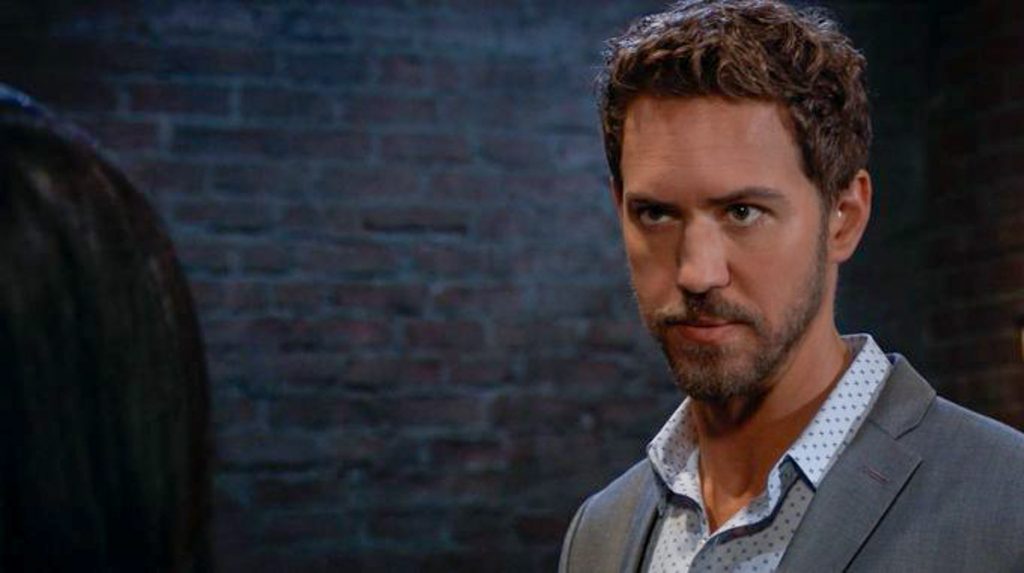 Welcome to your Tuesday, October 15th General Hospital (GH) recap! We begin our day at the Port Charles police department where Sam McCall (Kelly Monaco) has been arrested. Jason Morgan (Steve Burton) rushes in and asks if she is okay. Diane Miller (Carolyn Hennessy) says she has bad news, Sam is being taken to Pentonville tonight.

At General Hospital (GH), Jasper Jax (Ingo Rademacher) arrives and has brought Carly Corinthos (Laura Wright) a bouquet of flowers. Carly says shes being released, but Donna has to stay in the NICU. At the Port Charles cemetery, Sonny Corinthos (Maurice Bernard) stops by his son Morgan’s grave. He says hes still upset by his death and how wrong it all is.

At the Corinthos mansion, Jossln Jax (Eden McCoy) Cameron Webber (William Lipton) and Trina Robinson (Sydney Mikayla) are in the kitchen carving pumpkins. Josslyn say they are doing this early because Avery is excited about Halloween, Dev walks in to help. Dev says he wants to take Sonny’s car to the store, Josslyn says when her brother Morgan did that, the car exploded and killed him.

Josslyn freaks out and say that her brother died three years ago that day. Trina and Cameron say how great Morgan was – rebellious but super nice.

At General Hospital (GH) , Alexis Davis (Nancy Lee Grahn) walks out of an AA meeting with Hamilton Finn (Michael Easton). He says happiness looks good on her and she says he should try it sometime. He admits that he is miserable with no Anna in town.

Alexis wonders if some of this sadness has to do with Hayden being back in town.

At the Metro Court Hotel bar, Liesl Obrecht (Kathleen Gati) has met with Peter August (Wes Ramsey) to discuss that she is leaving town. He wonders if she is leaving because of the Sasha debacle. Liesl tells Peter she knew nothing of Sasha’s fake scheme. Liesl tells him to be careful or the winds of change will come for him.

Liesl says she hopes his past doesn’t come back to get him, he should be scared of her.

At Wyndemere, Valentin Cassadine (James Patrick Stuart) hears the front door open and its Nina reeves (Cynthis Watros). She sees his bags and wonders if he’s just going to leave town and not explain his actions. Valentin tells Nina that he is taking Charlotte to his home in Greece, its too hard for them to be in Port Charles.

Valentin says he hates what he did and he tried to fix their problems, he wanted to find her baby.

At General Hospital (GH) , Carly really wants to take the baby home but understands it would be unhealthy and selfish. She brings up that if she had never gone back to Sonny, her son Morgan would still be alive. Jax says he went by the grave and put flowers on the grave.

Sonny Corinthos (Maurice Bernard) talks to his son Morgan at the grave and should be here meeting his baby sister. He says he continues to go on with his life, but says how much he misses him every day.
Carly shows up at Michael’s grave and says she misses Morgan too.

At the PCPD, Sam is shocked and confused about being arrested. Jason says to Diane that they must figure out a way to save her. Diane says that the fact he was shot in the back with a flare gun and went overboard, still looks suspicious.

Jax meets with Hayden and tells him she had to lie to Finn about the baby.

Finn relays to Alexis that he thinks Hayden is lying about Honeybun and the child’s artwork she had. Finn wonders if Hayden never miscarried their baby.

Nina wonders why Valentin never came forward with the information about the baby from her mother. Valentin tells her that he hired Curtis Ashford to find Sasha Gilmore. Nina says that she forgives him and that she still loves him.

Sam is taken away to Pentonville and begs Jason to tell her kids that she loves them.