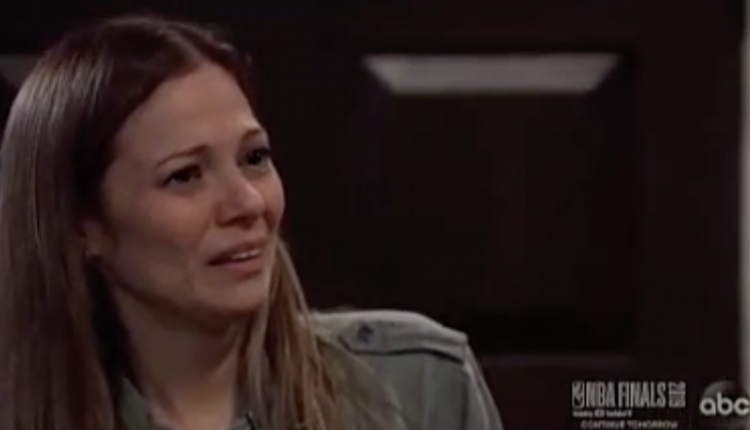 Welcome to your Tuesday, June 4 General Hospital recap! We begin our day at the Corinthos mansion patio, where Carly Corinthos (Laura Wright) is thinking about her son Morgan with her husband Sonny Corinthos (Maurice Bernard). Carly reminisces about the summer with the kids and how this year Josslyn (Eden McCoy) is sad. Josslyn walks outside and has a guitar, she’s been practicing.

In Tanzania, Kim Nero (Tamara Braun) is having a cup of coffee when Drew Cain (Billy Miller) enters the room. He says they have a big climb up Kilimanjaro tomorrow and she really should get some sleep. Kim says she doesn’t want to sleep

In Ryan Chamberlain’s (Jon Lindstrom) hospital room, a gloved figure injects something into his IV bag. As the gloved figure leaves the room, Ryan goes into cardiac arrest. Elizabeth Webber (Rebecca Herbst) and Hamilton Finn (Michael Easton) arrive in his room to save him, they put him on his side. Ryan says “don’t let me die.” 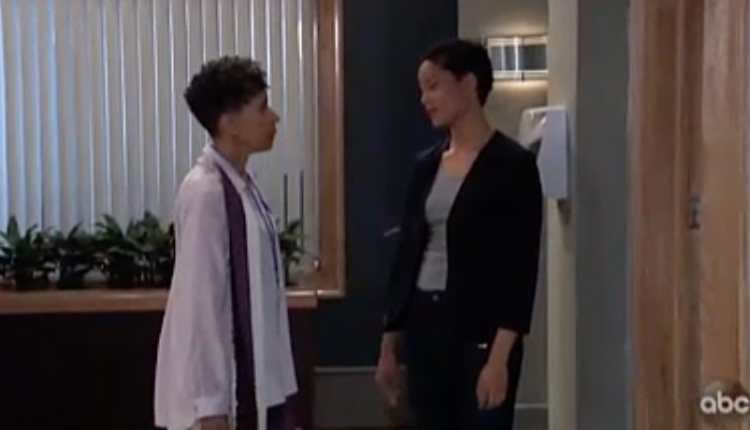 In the hospital waiting room, Curtis Ashford (Donnell Turner) looks upset as he sits down in a chair – suddenly Stella Henery (Vernee Watson) approaches to comfort him. In her hospital room, Jordan is apologizing to TJ for all the secrets she kept over the years.

Stella tells Curtis that she wants to talk to Ryan, but he says it’s a bad idea. He is too dangerous for her to be around. Stella says they need to fight for Jordan, no matter what it takes. 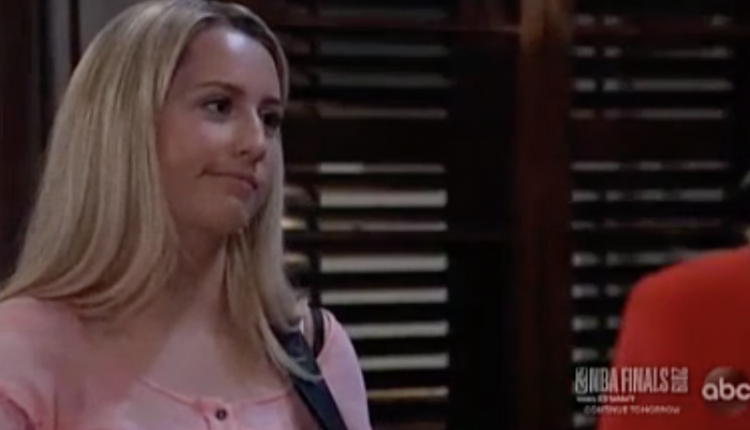 At the hospital, Cameron Webber (William Lipton) runs into his stepfather Franco Baldwin (Roger Howarth) and asks him why he has gloves on? Franco says he was cleaning up some paint that he got on his hands in the art room. Franco asks Cameron how he is dealing with Oscar’s death? Cameron says if he wants to talk to him, he will let him know.

Elizabeth comes over and says that Ryan has had a seizure, but she secretly wishes he had died. 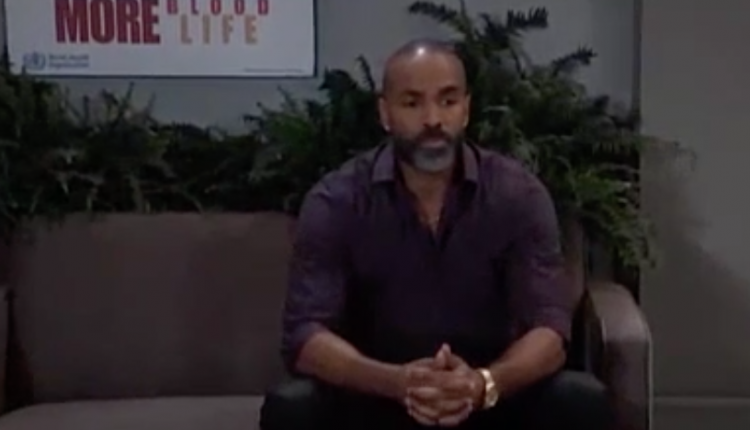 Drew Cain (Billy Miller) tries to get Kim Nero (Tamara Braun) to calm down. She says she’s upset about scattering Oscars ashes on Kilimanjaro tomorrow. Kim says when she sleeps, she dreams that Oscar is still alive. Kim says she shaving a hard time dealing with Oscar’s death, even though she’s a doctor – she was a mother first. Drew tells her that she’s a great mother and will make the trip to scatter the ashes.

Kim breaks down and says she just doesn’t know how she’s going to say goodbye to her only child. 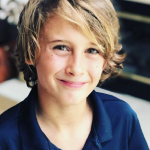 Josslyn Jax (Eden McCoy) tells her mom Carly and stepfather Sonny that she’s been practicing the guitar. Sonny says they will get her lessons when the summer starts. Josslyn says she keeps thinking about Oscar’s final words to her – that everything will be okay. Carly tells her to take it day to day and to stay strong.

Suddenly Carly grabs her belly and says that the baby is moving, Josslyn touches her belly. Sonny says the baby is the most exciting thing but also the most terrifying thing ever. Josslyn wonders how she will ever stop thinking about Oscar being gone.

Cameron comes over to visit with Josslyn and says he’s been practicing guitar as well.

Sonny and Carly go to Morgans grave to talk with him and visit. They tell Morgan about the new baby that’s on the way.

In Ryan’s hospital room, TJ is pleading for him to give his kidney to his mother. Stella busts in and says she’s not leaving his room till they get the kidney. Stella breaks him down and he finally consents to sign his kidney to Jordan. …..flash to preview

The Bold And The Beautiful Recap, Tuesday, June 4: Ridge Has a Change Of Heart –Steffy Sees Liam In A New Light

Coronation Street Spoilers: Daniel Brocklebank Signs On For Another Year