Coronation Street Spoilers: Daniel Brocklebank Signs On For Another Year 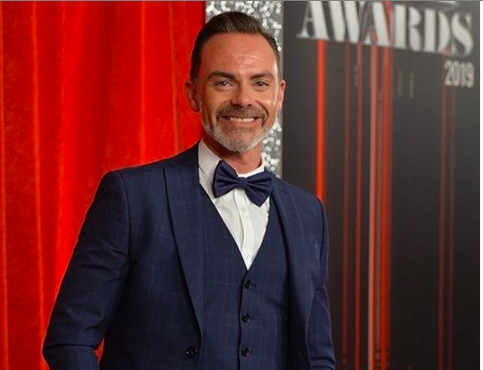 Crisis? What crisis? Apparently, things aren’t as bad as some reports are making them out to be for Coronation Street and the soap’s cast.

Even though several reports have indicated that there is a mass exodus of well-known and veterans actors leaving the show, it looks like a few of them are staying put. As a matter of fact, actor Daniel Brocklebank (Billy Mayhew) has just confirmed that he has signed on to play his character for at least another year. Here’s what you need to know.

The handsome actor confirmed to Britain’s The Sun that he will be playing Billy for at least another 12 months. This seems to be a huge relief for Coronation Street fans, as many have been worried about so many characters coming and going in recent weeks. A few high-profile stars have quite the show after Iain MacLeod took over for former Coronation Street boss Kate Oates.

Coronation Street Spoilers: Daniel Brocklebank Says He Loves His Job Even After 6 years

Daniel said in an interview with the publication, “It’s good, I genuinely love it there. I’m in my sixth year and I’ve got some wonderful friends. Whenever there’s a new producer that comes in, there’s always going to be a change. I’m sticking around. I’ve just signed up for another year.”

Since January of this year, seven stars have announced that they have quit this show. This has included Lucy Fallon, Bhavna Limbachia, Kym Marsh, Tristan Gemmill and Faye Brookes.

Such a lovely night with literally some of the most beautiful people I’ve ever known. Being part of @coronationstreet is one of the best things I’ve had in my life.

One source behind the scenes says that one of the biggest grumbles has been the pay gap between some of the stars. The insider explained, “The pay gaps have become an open secret and the newer names know they are working far longer hours for a fraction of the cash. It has sparked a lot of unhappiness. Lucy is just the latest to get fed up of seeing great opportunities go to waste because Corrie won’t let her take them on. She won’t be the last.”

Yikes! Here’s hoping that our favorite actors decide to stay on Coronation Street. The soap just wouldn’t be the same with some of its current cast members! What do you think?