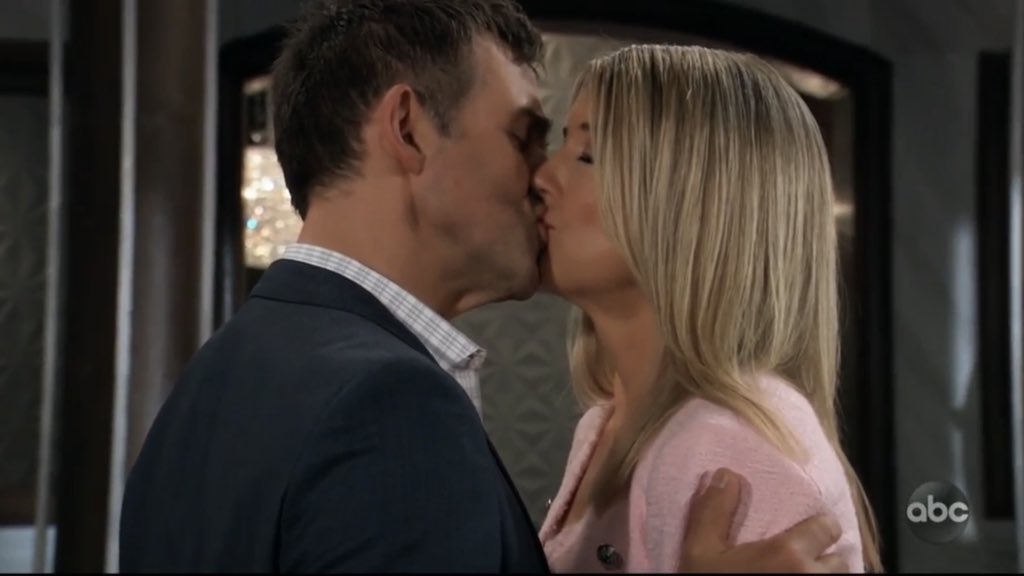 Welcome to your Thursday September 26th General Hospital (GH) recap! We begin our day at Dr Neil Byrne’s (Joe Flanigan) office where Alexis Davis (Nancy Lee Grahn) shows up at his door unexpectedly. She asks him how he feels about the kiss and if he would like to go to the park with her for a concert.

At Charlie’s Pub, Julian Jerome (William DeVry) tells his sister Ava Jerome (Maura West) that he is finished with Kim.

Outside Kelly’s Diner, Hayden Barnes (Rebecca Budig) meets up with Curtis Ashford (Donnell Turner) and praises him for catching Cassandra Pierce (Jessica Tuck). Hayden asks him if he found any clues on the Haunted Star regarding Mikos Cassadine’s will.

General Hospital Recap – Nina Reeves is excited about her wedding

At Charlie’s Pub Nina Reeves (Cynthia Watros) is excited about her upcoming wedding that’s only a few days away. Nina wonders if Cassandra targeted Sasha because she heard about the wedding. Sasha and Michael show up at the pub to discuss wedding plans.

At General Hospital (GH). Michael Corinthos (Chad Duel) and Willow Tait (Katelyn Mcmullen) are ecstatic that baby Wiley is safe. They embrace as Sasha Gilmore (Sofia Mattson) watches from across the room. Sasha comes over and says she is so glad Wiley is okay.

Sasha tells Michael she feels bad keeping the secret about who she truly is.

Maxie brings up all the money that was withdrawn from his account and what he was going to do with it. Peter says he’s been searching for apartments for weeks and this would be down payment money.

GH Recap – Jason Morgan and Sam McCall are in danger

As Sam McCall (Kelly Monaco) goes to steer the ship, Jason Morgan (Steve Burton) is attacked by Shiloh Archer (Coby Ryan McLaughlin). They fight over a bat til suddenly Sam shoots Shiloh with a flare gun in the back. Shiloh falls off the ship into the water as Sam and Jason embrace.

Laura goes down to the pier and gets an update from Harrison Chase (Josh Swickard). Sam and Jason arrive at the pier and say they killed Shiloh and that he’s gone.

Ava goes to leave and runs smack into Nina. Ava tells her that the social media comments from the article are vile and cruel.

In his office, Alexis rants about what a mess she is and Neil tells her not to overanalyze. Alexis goes to leave and runs into Ava who is there for her appointment.

Curtis says he has not found any more information about the Cassadine will. Curtis mentions that Laura is helping him with his search, which startles Hayden.

Laura runs into Curtis and says she needs to take a break from working with him. Hayden admits that they are looking for a Cassadine will, which surprises Laura.

Jason asks Sam if she is okay after what happened on the ship. Alexis shows up at Charlie’s Pub and asks Julian if he wants to talk.

Nina tells Sasha that she will be her maid of honor. Hayden explains to Laura about the will change and it means Valentin will be kicked out. At the hospital, Chase walks in with a body bag containing Shiloh. Willow positively identifies his body…..flash to preview

You can watch every moment on General Hospital, weekdays on ABC!