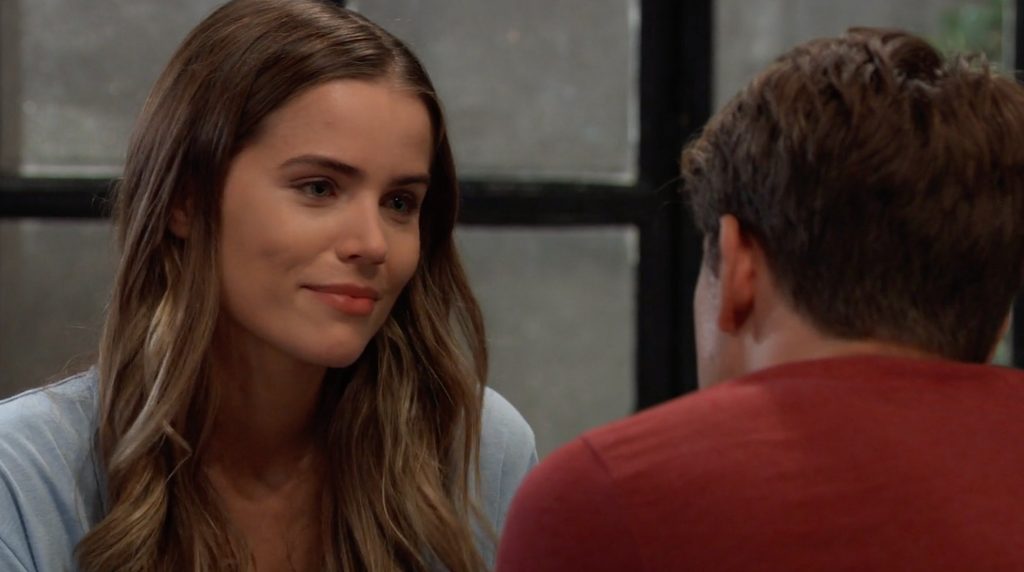 Welcome to your Thursday September 19th General Hospital (GH) recap! We begin our day at the Metro Court Hotel, where Sasha Gilmore (Sofia Mattsson) is shocked to see a ton of news alerts.

At Crimson Magazine, Nina Reeves (Cynthia Watros) and Valentin Cassadine (James Patrick Stuart) are surveying her office for any signs of trouble. Nina says she’s worried that now Cassandra is in custody she herself may wind up in prison.

At the PCPD, Mayor Laura Spencer (Genie Francis) is conferring with Jordan Ashford (Brianne Nicole Henry) and Robert Scorpio (Tristan Rogers) regarding next steps for Cassandra Pierce (Jessica Tuck.) Laura and Jordan walk in to the interrogation room and she’s cleaning the table, complaining how filthy the police station is.

Maxie asks Spinnelli about how their daughter is doing and gives him advice about what hes going to say at the trial.

At the Port Charles pier, Peter August (Wes Ramsey) meets up with his henchman who complains about not being paid enough. He says that Peter can get rid of Shiloh Archer (Coby Ryan McLaughlin) himself. Peter convinces the hitman to take out Shiloh, as he pulls out a gun.

General Hospital Spoilers – Shiloh Archer’s trial is about to begin

At the courthouse, Willow Tait (Katelyn MacMullen) is nervous about testifying while Harrison Chase (Josh Swickard) tries to calm her down. Suddenly Shiloh Archer walks in and says he never did hurt her and they will be together again someday. He makes a rude comment about her “restless legs” which prompts Chase to run towards him, Willow restrains him.

Kristina Davis (Lexi Ainsworth) relays to her mother what she is going to say during the trial about Shiloh. Sonny comes by to pick up Kristina for the trial as Alexis heads to face another client.

Sasha tells Michael Corinthos (Chad Duell) that Cassandra was found hiding right here in Port Charles. Michael tells her that he is going to stand by her even though initially he was angry with her.

Bradford Anderson teases Spinelli's return on #GeneralHospital.
Find out when to expect to see him on #GH below.
👇👇👇👇👇https://t.co/Y6wwBM6uFQ

Sonny Corinthos (Maurice Bernard) shows up at the jail and wants to talk to Cassandra. He threatens her about poisoning Sasha and that she will never hurt his son Michael. Sonny tells her to watch her back and she threatens him right back. She says he’s vulnerable and people don’t like him anymore.
Valentin arrives to talk to Cassandra and they argue about what Nina did to her. Cassandra says that Claudette is alive and it’s in his best interest to work with him.

The district attorney lays out all of Shiloh’s crimes to the packed courtroom. Shiloh’s lawyer says he is a spiritual man and those against him are just jealous.

Sasha says that she’s not sure about being a spokeswoman and face of Deception. She explains it to Nina and then Valentin interrupts.

GH Spoilers – Alexis meets with Cassandra who is surprisingly now her new client.

Sam goes up on the stands and is grilled excessively. They have a recording of her accepting the tattoo and the toxicology scan that shows she was drugged.

Cassandra calls someone to send her money for her legal fees as Laura enters the room. Shiloh archer is called as the next witness in the trial as everyone looks on…flash to preview