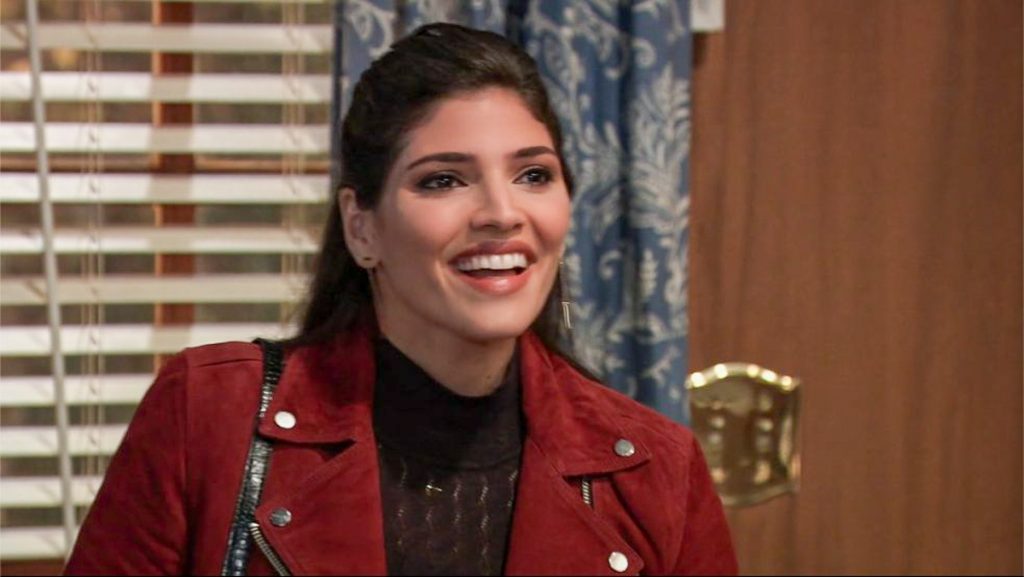 Welcome to your Thursday, November 21st General Hospital (GH) recap! We begin our day at the Quartermaine Mansion where Brook Lynn (Amanda Sutton) has come through the back door and surprised her dad Ned Ashton (Wally Kurth).

At the Corinthos mansion, Jason Morgan (Steve Burton) comes storming into the house where Carly Corinthos (Laura Wright) is on the couch. She asks what is wrong and he says Sam has been convicted of manslaughter, they embrace.

In Shady Brooke, Ava Jerome (Maura West) enters her room and Valentin Cassadine (James Patrick Stuart) is sitting waiting for her. He says hes there to talk to her about family.

At Jasper Jax’s (Ingo Rademacher) new house, Nikolas Cassadine (Marcus Coloma) tells Jax that Nina is outside his house. Nikolas says he has an errand to run as he flashes back to when Charlotte saw him hiding on the pier. Nina Reeves (Cynthia Watros) shows up and has brought Jax a wedding invitation. Jax says he won’t be accepting a wedding invitation from her.

Nikolas sneaks into Wyndemere where he is caught by Charlotte who asks what he is doing.

In his office at General Hospital (GH) Hamilton Finn (Michael Easton) is wrapping up a children’s book when his brother Harrison Chase (Josh Swickard) enters. Chase says sarcastically, is the book for the daughter he neglected to mention?

Finn says the whole thing has been overwhelming and he apologizes for not telling him. Chase asks him how it feels to be a parent and Finn says its amazing, though he’s worried about Anna.

At the Metro Court bar, Hayden Barnes (Rebecca Budig) walks up to meet with Anna Devane (Finola Hughes). Anna thanks her for coming and Hayden says its only right since they are going to be a big happy family. Hayden reminds Anna how long she has been gone and her mo is “not telling people things.”

Anna wonders why she kept her daughter in the dark from Finn, she robbed Violet of years. Hayden says, well didn’t Robin turn out okay?

Jason Morgan (Steve Burton) is frantically upset that Sam has been sentenced to two years and worries about the effect on the kids. Carly says she will help him handle the situation and that Sam chose the consequences that occurred. Carly says she is furious with Sam and that Jason should have “taken care of “ Shiloh ages ago.

At the Metro Court restaurant, Curtis Ashford (Donnell Turner) tells his wife Jordan Ashford (Brianne Nicole Henry) that Valentin is no good for Nina. Jordan tells him he should stay out of their business and its possible Nina already knows the lie. Suddenly they hear a familiar voice, its Aunt Stella (Vernee Watson) back from Europe.

Aunt Stella says shes just popping by for a visit and is going to head back to London asap. Curtis wonders if they should spend Christmas with Stella in England?

At the Quartermaine mansion, Brook Lynn says her hellos and asks Uncle Dimples aka Sonny if he is still driving the ladies wild. She starts asking what the latest gossip is in Port Charles since her grandma Tracy ran off with Luke?

Carly reminds Jason that he is now Scout’s and Danny’s father.

Finn tells Chase about the tea party and how excited he is to be a dad.

Brook Lynn learns about Dante as Olivia goes out on the terrace and cries.

Nikolas lies to Charlotte and says he’s her secret bodyguard.

Anna says she was protecting Robin from danger, its not the same situation. She says she welcomes
Violet, but don’t get this new family dynamic “twisted.”

Jax says to Nina that is she wants to make a huge mistake by marrying Valentin again, then go for it.

Nina says what if her whole plan is to actually destroy Valentin?

The Bold and the Beautiful Spoilers: Carter Gives Ridge Legal Advice – Douglas To Remain A Forrester!