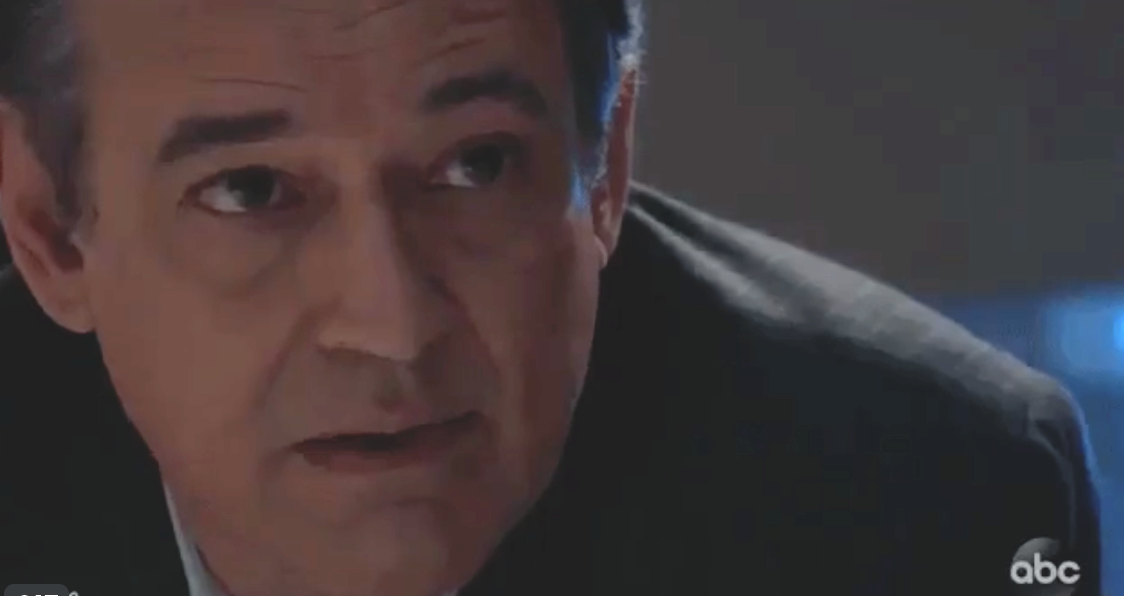 Welcome to your Friday, July 19th General Hospital (GH) recap! We begin our day at the park where Aiden is celebrating his birthday. Elizabeth Webber (Rebecca Herbst) and Franco Baldwin (Roger Howarth) are impressed with his birthday cake skills. Cameron Webber (William Lipton) says he hopes they enjoy the drum set he got.

At Pentonville, Willow Tait (Katelyn MacMullen) meets with her mother Harmony (Inga Cadranel) who says it’s nice to have a young cellmate. Willow tells Harmony that Shiloh Archer has been arrested and the baby is safe from him.

Willow explains that Dawn of Day is being slowly dismantled, same with Beecher’s Corner.

At the Floating Rib, Jason Morgan (Steve Burton) and his brother Drew Cain (Billy Miller) have met up because of Oscar’s wishes. Drew explains that Oscar wanted the two of them to build a relationship as brothers. They discuss Shiloh and how he busted into the will reading. Drew tells Jason that Shiloh is the one that gave him his memories.

At the Floating Rib, Sonny Corinthos (Maurice Bernard) shows up to talk to his daughter Kristina Davis (Lexi Ainsworth). He tells her how proud he is of her for standing up against Shiloh.

Sonny takes a call and Kristina’s at the bar when a released Shiloh and Daisy approach. Shiloh says he wants to apologize and Daisy chimes in as well. Kristina tells them that she is going to testify against him at the trial.

At the PCPD, Harrison Chase (Josh Swickard) explains to Laure Spencer (Genie Francis) about Shiloh’s arrest. Shiloh Archer (Coby Ryan McLaughlin) walks up and had made bail, he says he’s not leaving town until he gets his son. Chase says they have enough evidence against him to keep him away from his victims.

Daisy has arrived at the PCPD to help Shiloh out and she used her whole trust fund to bail him out.

Aiden Webber has a birthday party

At the park, Lulu Falconeri (Emme Rylan) apologizes for Laura and Kevin getting Aiden a drum set. Liz and Franco say it’s fine as they explain that Hayden Barnes Rebecca Budig) is back in town.

Nina Reeves (Cynthia Watros) and Charlotte arrive at the party with Aiden’s present. Suddenly Hayden shows up and she and Nina have a staredown. Liz asks Hayden what is going on in her life and where is Jasper Jax (Ingo Rademacher).

Willow arrives and Nina says she owes her an apology. Nina says she overheard about the baby and thinks Shiloh must have listened in on their conversation.

At Pentonville, Ryan tells Jordan that losing his kidney could lead to complications. Curtis says the medical records do not show any health problems. Jordan tells Ryan that she wants to say thank you for saving her life.

Ryan says that they will get in trouble for taking his kidney and she will always be apart of him.

General Hospital #GH Rumor: Will Nelle Kidnap Jonah And Go On The Run With Ryan? https://t.co/nw6wWPvtJt

At Pentonville, Shiloh visits Harmony and tries to manipulate her feelings. Harmony pushes back and says that he took all the credit for her DOD work. Harmony screams that he will not win and storms out of the room.

Willow tells Nina that it’s okay and Shiloh has ways of finding out the truth anyway. Laura and Lulu are discussing Dante when a process server shows up. Lulu realizes they are divorce papers.

Chase arrives and tells Willow that Shiloh made bail. Harmony is pushing a book tray through Pentonville when she runs into Ryan.

Shiloh sees Jason and Drew at the bar and tells them he cared for Oscar. Shiloh flashes back to Afghanistan when Drew saved his life……flash to preview