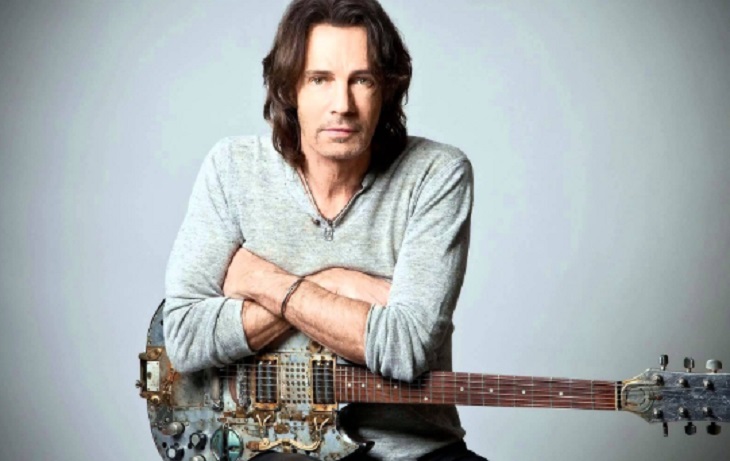 General Hospital spoilers tease that Rick Springfield, of General Hospital fame as Dr. Noah Drake, father of Patrick Drake (Jason Thompson) and Matt Hunter (Jason Cook) and performing on General Hospital as rock star Eli Love, is moving his music festival from the Dominican Republic to Mexico because of the current health scare.

At least ten United States citizens on vacation in the Dominican Republic have died of unknown medical causes, and Rick’s not taking any chances with his fans’ or his own or his band’s or guest performers’ health out of an abundance of caution. The illnesses, though yet undefined or diagnosed, seem to attack the cardiovascular system or the respiratory system.

The music festival was to have taken place between November 7 and November 11 at the Punta Cana Hard Rock resort, and although Rick was not able to get the festival rescheduled in 2019, he is trying to get the closest dates possible at the Hard Rock Resort in Cancun, Mexico in 2020.

Rick has held these music festivals, called “Rick Springfield and Friends” for nearly ten years, and they started as concert cruises and then moved to being held on land at resorts. This would have been the first festival in the Dominican Republic, and performing guests would have included Patty Smyth, host Mark Goodman, fellow soap opera actor Doug Davidson, who plays Paul Williams on the CBS soap “The Young And The Restless” and musical guests Guns and Mullets.

Rick Springfield is known musically for such hits as “Jessie’s Girl” which came out during his stint as Dr. Noah Drake and Eli Love on General Hospital, and “Affair of The Heart”, “State of The Heart” and “Broken Wings” although the 1981 version of “Jessie’s Girl” is his most famous and went gold.

In addition to the role of Dr. Noah Drake and Eli Love on General Hospital, Rick Springfield was in the original Broadway cast of “Smokey Joe’s Café” and played a role in the 69 episode television series “High Tide” in addition to guest appearances in many other television programs including “The Six Million Dollar Man”.

Days Of Our Lives Spoilers: Will Crazy Claire Be Prosecuted For Her Crimes Or Institutionalized?