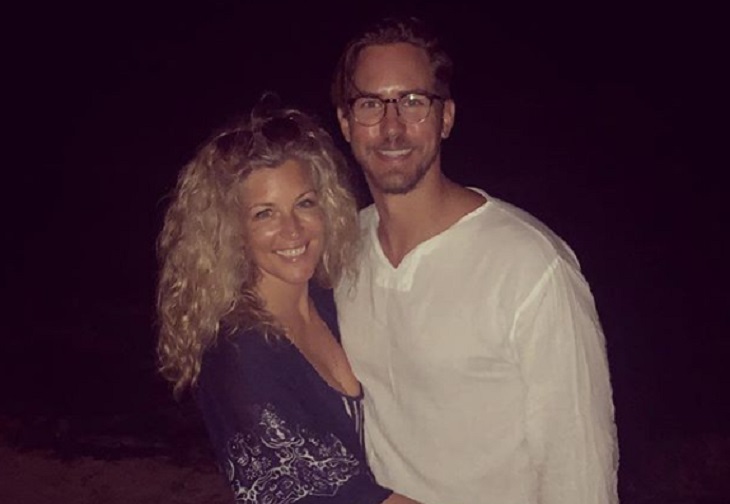 Their love lives might be a little rocky at times on General Hospital, but off screen Laura Wright and Wes Ramsey are rock solid. As a matter of fact, the two daytime television stars have become a fan favorite couple as they often share behind-the-scenes photos of their relationship on social media.

What’s more, there’s no doubting that beautiful blonde Laura is head-over-heels in love with her man while Wes certainly can’t get enough of his girlfriend. On Valentine’s Day Laura, who plays Carly Corinthos in Port Charles, shared an adorable photo of the two of them embracing for her Instagram fans. Wes is best known for his role as Peter August on the highly-rated ABC soap.

According to Soaps in Depth, even though Laura and Wes previously worked together on Guiding Light back in the early 2000’s, it wasn’t until the 2017 Daytime Emmys that they started their romance.

“We knew each other back in the day,” Wright confided to the publication, but we hadn’t seen each other or talked until we ran into each other at an Emmy party on April 26. I was joking around with Donnell Turner (Curtis) about the line at the bar and Wesley turned around. I was like, ‘Oh my God! What’s up?’ And that was it.”

Since then, it’s been nothing but bliss for this very photogenic couple. Laura says that she was single for two years before she and Wes began dating. The General Hospital star says that she enjoys sharing photos of their blossoming love on social media.

General Hospital Star Laura Wright Opens Up About Her Relationship

“There were times I was out with him and people would ask for a picture of me, and then they’d see him and react,” Wright explained. “One person was like, ‘That’s not your husband!’ I’m not married. So I thought, ‘I’m just going to end this.’ Plus, I’m big on social media. I’m an open book, so it was just a matter of time.”

With that said, Happy Valentine’s Day everyone!

Days Of Our Lives Spoilers: Leo Retaliates Against Will And Sonny – WilSon Hauled In For Questioning