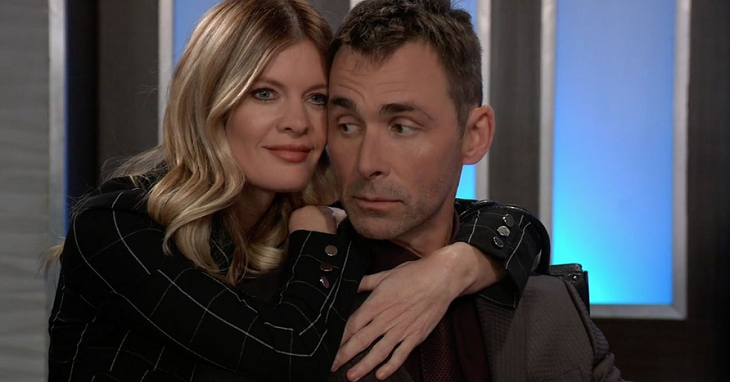 James Patrick Stuart who plays Valentine Cassadine on “General Hospital” hinted that his character will eventually face the consequences of his actions, and when the time comes, it will be huge.

“General Hospital” fans may recall that Valentine has been conning his ex and soon to be wife again, Nina Reeves (Michelle Stafford). He made her believe that Sasha (Sophia Mattsson) was her long lost daughter in an attempt to get her back into his life.

The problem is that Valentin failed to consider the repercussions. Stuart teased Valentin will pay for what he has done. Maybe not now, but there will come a time when he has no choice but to face the consequences.

General Hospital News – Trapped In A Cage Of His Own Making

The “General Hospital” star added that Valentin is trapped in a cage of his own making. In a desperate attempt to win back Nina, he deceived the very person he was trying to reconcile with.

“He knows he’s done something wrong and he wishes he could undo it, but he did what he did and he got what he wanted,” Stuart added.

Obviously, Stuart loves his character’s latest manipulation as well as all the twists, turns and drama Valentin has caused.

“The cool thing about a soap is that it presents these absurd circumstances and then we, as actors, we have to sort of decode it and figure out what would this be like if it actually was happening in real life.”

Stuart has come a long way since his first daytime role as Will Cortlandt in “All My Children.” He recalled the struggles he had to face during that time. He said he went to acting class with some of today’s most popular actors like Benicio del Toro and Mark Ruffalo.

He recalled there was an earthquake when he auditioned for the soap. He continued reading his lines and didn’t stop. Stuart said that could have been one of the reasons why he got the part. His character was eventually killed off, but he said he enjoyed the whole experience.

When he got the role of Valentin on General Hospital, he was reluctant at first since he had different career goals. He has changed his mind since then and has loved every second of playing Valentin.

EastEnders Spoilers: Keanu And Tiffany Back In The Square, Are They Still In Trouble?