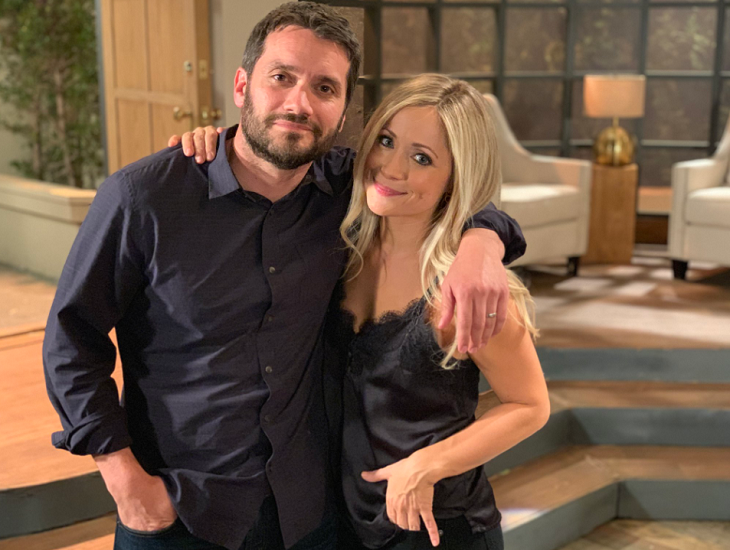 General Hospital spoilers tease that Dante Falconeri (Dominic Zamprogna) and Lulu Spencer Falconeri (Emme Rylan) finally got back together, a moment that everyone has been waiting for. But unfortunately, the good vibes won’t last for very long. Here’s what you need to know.

Dante is finally back at home and reunited with his family. However, his homecoming is going to be anything but a happy one. It will begin when Lulu realizes that someone is trying to break into her home. Little does she know that someone is her husband!

For Dante and Lulu, it’s going to be a sweet reunion, as it’s been way too long since Lulu last saw her husband. Plus, she’s got so much to tell him. A lot has happened since Dante left Port Charles.

General Hospital Spoilers – Could Ryan Chamberlain Finish What He Started?

To complicate matters, no one knows if Ryan is indeed dead or alive, which means he could easily appear at any time to finish the job that he started.

General Hospital spoilers indicate Lulu will soon find out Dante is not the same man he used to be. There’s a darker side to him now. She won’t be able to deal with this and their marriage will begin to crumble.

There’s even a strong possibility that Lulu will file for divorce, which will leave Dante absolutely devastated.

This will prompt him to leave Port Charles again. Of course, fans will have to tune in to find out what will happen next! General Hospital airs weekdays on the ABC network. Check your local listings for times. In the meantime, let us know what you think by leaving us a line with your thoughts in our comments section below.

‘Bold and the Beautiful’ Poll: Should Katie and Bill Reconcile?