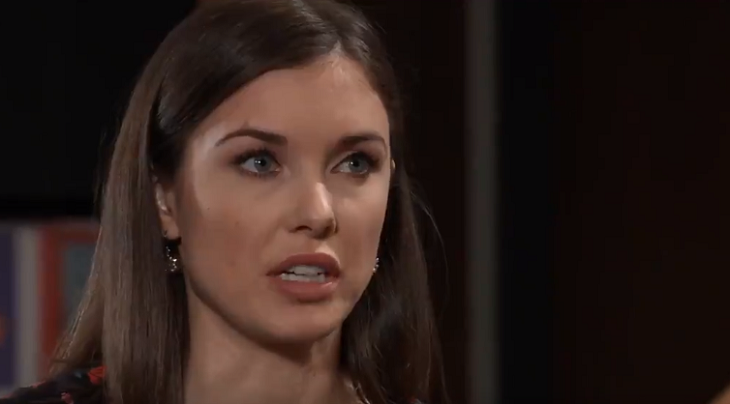 The moment he finds out what she’s been hiding from him this entire time, there’s a good chance Shiloh will claim what he believes to be rightfully his. Here’s what you need to know.

Willow was shocked to find Shiloh standing outside her classroom door at the school she’s been working at for the last several months. Clearly, you can run from a man like Shiloh but you can’t hide from him for long.

Willow warned Shiloh that he needs to keep his distance, otherwise she is going to be forced to take some drastic measures to protect herself from him.

Apparently, Willow and Shiloh have a past. Just recently she told Harrison Chase (Josh Swickard) about her past life and everything that she had done, both good and bad.

Before she came to Port Charles, she was seduced by the manipulative cult leader and eventually found herself pregnant. Willow thinks that Baby Wiley, who now belongs to Brad Cooper (Parry Shen) and Lucas Jones (Ryan Carnes).

General Hospital Spoilers – Baby Wiley Not Who Everyone Thinks He Is

General Hospital spoilers tease that Shiloh will soon find out Baby Wiley might indeed be his biological son. And when he does, things are going to be moving pretty fast in Port Charles. That’s because he’s going to do whatever it takes to make sure that he raises the baby – and no one else.

#GH #GeneralHospital Spoilers: Sonny And Alexis Work Together, Scheme To Get Kristina Out Of Cult @celebratesoaps https://t.co/foX5S1P6qD

What Shiloh doesn’t know, however, is that Baby Wiley isn’t who everyone thinks he is. Clearly, things are about to get very complicated and in more ways than one!

Fans will have to tune in to find out what happens next! General Hospital airs weekdays on the ABC network. Check your local listings for times. In the meantime, let us know what you think by leaving us a line with your thoughts in our comments section below.

Days Of Our Lives Spoilers: John Sets A Trap – Diana In Serious Trouble