General Hospital: Drew Should Have Been At Oscar’s Appointment 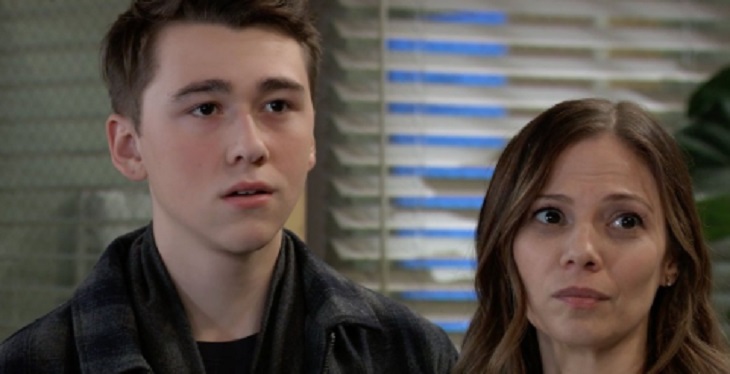 General Hospital writers have made a point in having Drew (Billy Miller) be at the hospital during the whole drug trial. However, not having Drew present at the appointment with Terri (Cassandra James) was disappointing to General Hospital fans. Why would Drew not be present to find out how long his son has to live?

General Hospital – Drew Has Been Involved Since The Trial Began

When Oscar (Garren Stitt) agreed to the drug trial, Drew chose to be there the majority of the time. Drew helped to bring food to Oscar. Drew sat with Oscar. Drew fielded questions from family members and was there for his son as well as Kim (Tamara Braun). Drew was portrayed as the perfect caring father. However, not being at the appointment with Terri portrays a whole different image.

GH Spoilers – Kim And Drew Discussed The Level Of Honesty

Kim and Drew had discussed what they wanted Oscar told and the level of honesty for Terri to have with him. If Drew and Kim had discussed it, common sense would say that Drew knew Oscar was going to ask Terri these questions. Kim made a point of being there to make sure that Terri knew not to sugar coat the answers to Oscar’s questions.

General Hospital Spoilers – Drew Was In Court For Cameron

General Hospital’s Drew showed up at court for Cameron’s (William Lipton) hearing with no conversation of how he even knew about Cameron’s decision to buy marijuana for Oscar.

Yet Kim said she and Drew had discussed how they wanted transparency with Oscar’s fake, but we don’t see Drew supporting his son when he needs him the most. Not having Drew there for his son simply puts Drew in a bad light because he’s there for a child not even related to him for much less.

Terri told Oscar and Kim she hadn’t seen people last over eight months with Oscar’s condition. Drew and his son should be doing things together as well as Oscar and Jocelyn. Why not take the trip to Kilimanjaro that Oscar wants to take? Sonny (Maurice Benard) has offered his jet for anything Drew needs.

Why is the writer not attempting to make some of these things happen while Oscar is physically able to do them? Carly would willingly let Jocelyn go with Oscar to do some things with Oscar and his family. Why are the writers not making a point of making memories before it is too late?