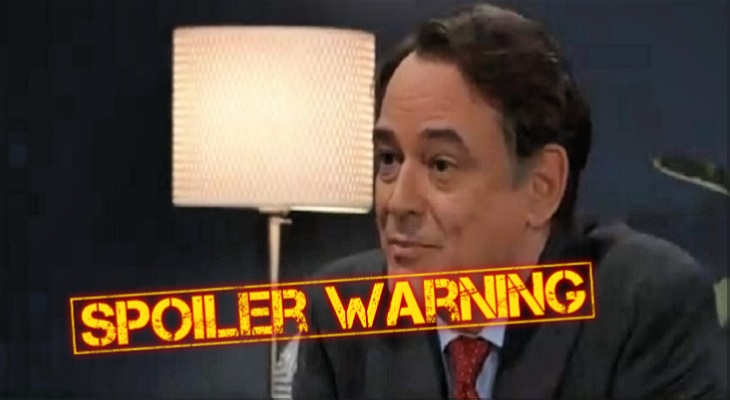 “General Hospital” spoilers for Friday, January 18, tease that Carly Corinthos (Laura Wright) will have a request for her husband. “Dr. Kevin Collins” aka Ryan Chamberlain (Jon Lindstrom) has some extra time, so Carly will want Sonny Corinthos (Maurice Benard) to attend a session with her. Sonny won’t be interested, but Carly will keep pushing. She’ll practically beg, so Sonny will have to cave in.

It turns out Ryan will set a rather unconventional meeting place. Sonny and Carly may wonder why “Kevin” would have them open up at the cemetery. He’ll want to meet at Morgan Corinthos’ (Bryan Craig) grave, so that’s obviously a little weird. Nevertheless, they’ll trust that “Dr. Collins” knows best. It won’t be long until Carly and Sonny are headed toward a grim disaster.

The good news is this couple will be spared for now. The bad news is Lulu Falconeri (Emme Rylan) may not be as lucky. “General Hospital” spoilers say Lulu will grill Laura Webber (Genie Francis) on Friday. She’ll find out about Ryan’s murder list and wonder why “Kevin” has it. Lulu will eventually determine that she needs to quiz “Kevin” and learn the truth for herself.

At GH, Ava Jerome (Maura West) will flash a smile and promise she isn’t going anywhere. Ryan may bring up their moving plans and suggest that Ava had better not leave without him. He’s expecting to do away with Sonny and Carly so they can move forward with their life together.

However, that part of Ryan’s plot will be put on hold. “General Hospital” spoilers say Lulu’s phone call could seal her fate! It looks like she’ll become Ryan’s next victim, but word has it he won’t finish the job. Lulu may find herself barely hanging on next week, which could certainly bring more complications for Ryan.

Across town, Harrison Chase (Josh Swickard) will dote on Willow Tait (Katelyn MacMullen). He’ll assure Willow that he’s going to put everything aside and focus on her. Willow should enjoy the attention while it lasts! It won’t be long until Chase has to deal with some official – and bloody – police business.

Other “General Hospital” spoilers say Nina Reeves (Michelle Stafford) will demand the truth. She’ll corner Maxie West (Kirsten Storms) and insist that Maxie needs to be completely honest with her. Things will look awfully tense between them, so let’s hope these ladies can have a candid chat and figure this out!

Bold and the Beautiful Spoilers Friday, January 18: Thorne’s Jealousy Heats Up, Hope Lashes Out At Sally