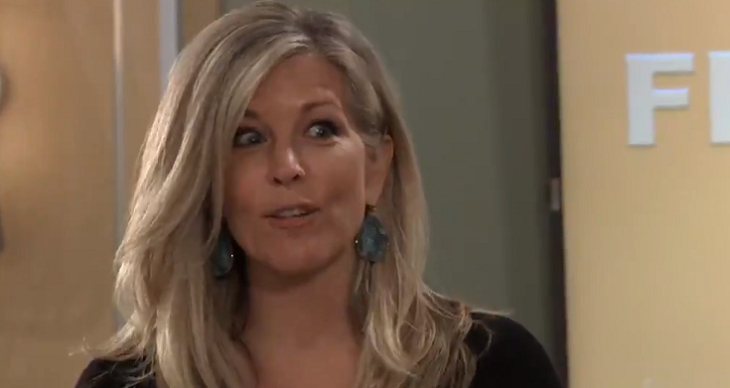 “General Hospital” spoilers for Thursday, April 25, tease that Ava Jerome (Maura West) will be eager to get started. Now that Dr. Kevin Collins (Jon Lindstrom) has agreed to help her out, Ava will have updates for Felicia Scorpio (Kristina Wagner). She’ll wonder if Felicia is ready to put their plan into action.

Meanwhile, Laura Webber (Genie Francis) will discuss the scheme with Kevin. She’ll want to make sure he’s truly OK with this, so Kevin will admit that he is. Although Kevin would prefer not to carry on a fake romance with Ava, he gets that it could stir up jealousy for Ryan Chamberlain (Jon Lindstrom). It’s the best way to lure Ryan out of hiding, so Kevin will remain all in.

Other “General Hospital” spoilers say Mac Scorpio’s (John J. York) fury will erupt. It sounds like he’ll either believe Kevin’s cozying up to Ava or just hear the plan and object. Either way, Mac isn’t going to be happy! 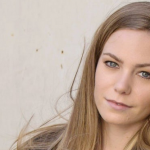 Next, Lulu Falconeri (Emme Rylan) will return from her trip and provide assistance to someone. There’s no word yet on which PC resident Lulu will help, but she’ll definitely do her best.

Across town, Robert Scorpio (Tristan Rogers) will pester Dr. Hamilton Finn (Michael Easton) with questions. While they butt heads over what Anna Devane’s (Finola Hughes) future should look like, Josslyn Jacks (Eden McCoy) will also have the future on her mind. Of course, it’ll be an imaginary one that Oscar Nero (Garren Stitt) won’t live to see.

Still, Oscar will appreciate Joss’ efforts to lift his spirits. She’ll talk about how they’re going to blow everyone away at the Nurses Ball, but Oscar won’t live that long. “General Hospital” spoilers say Josslyn and Oscar will just try to enjoy their fantasy world for as long as they can.

However, Joss will be stressed and scared under the surface. She’ll end up blasting Cameron Webber (William Lipton) over something, but it’ll probably just way to let out her emotions. Josslyn is a mess right now, so Cam will have to take what she dishes out. He should be fine with that once he realizes this is just a form of grief.

Cameron will also talk to Elizabeth Baldwin (Rebecca Herbst) in Thursday’s GH episode. She’ll make it clear that they have to find a way through the drama. Liz may mean the friction between Cam and Franco Baldwin (Roger Howarth) as well as Aiden Webber’s (Jason David) bullying issues. She’ll just want some family peace, so let’s hope things will settle down for them eventually.

Unfortunately, things will be far from settled for Carly Corinthos (Laura Wright). Her baby’s health will be up in the air as she seeks info from her OB-GYN. Carly will ask about the chances of her baby inherited a condition, so this is definitely a serious situation. Thankfully, Bobbie Spencer (Jacklyn Zeman) will be on hand to support Carly every step of the way.

It sounds like another great episode’s coming up. We’ll keep you posted as other news and rumors emerge. Stick with ABC’s GH and don’t forget to check Soap Opera Spy often for the latest “General Hospital” spoilers, rumors, updates and news.