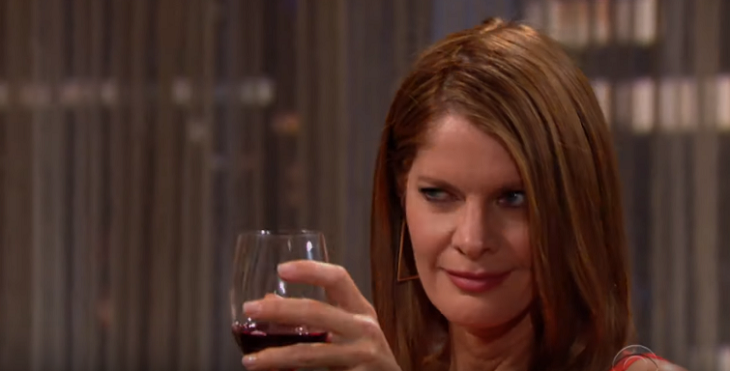 The Young and the Restless (Y&R) spoilers tease that casting shakeups are on the way for the CBS soap opera. From a Phyllis Abbott actor swap to Chelsea Newman’s (Melissa Claire Egan), there is so much drama going on right now. Here’s what you need to know about what’s coming up on Y&R.

Chloe’s Back On Young And Restless!

Elizabeth Hendrickson will reprise her role of Chloe Mitchell during the week of June 17. According to Soap Opera Digest, she will appear in many scenes during the week of June 24. Michael Baldwin (Christian LeBlanc) will learn that she isn’t dead and he will work to help Kevin Fisher (Greg Rikaart) protect her from legal trouble.

Since Adam Newman (Mark Grossman) is alive, she won’t be charged with murder. However, Y&R spoilers say she could be charged with attempted murder. I mean, how many times has she tried to kill him now?

Her return will last, at least, several months. So look for her return to reveal shockers, secrets, and bombshells as she and Kevin try to take Adam down for the death of her daughter Delia Abbott (Sophie Pollono).

Michelle Stafford Returns To Y&R With A Splash

Gina Tognoni’s last episode aired about a week ago. Until now, Michelle has been held hostage by Kevin because Adam kidnapped Chloe. They want to do an exchange, but Phyllis had to complicate things. She escaped out the window and she booked it to Las Vegas.

While that tells Y&R fans what’s going on with Phyllis storyline, there is more to the story. With Tognoni out and Stafford stepping in, the Y&R fanbase is divided on how they feel about the actor swap.

Many feel that Gina got the raw end of the deal, while others are excited to see Michelle back in the role she created. At any rate, the Y&R writers promise that Stafford return will bring drama, mayhem, and reveal secrets as we move into Summer Sweeps.

Her first stop is to talk to Adam’s old pall, Risa Thomas (Tina Casciani) in Las Vegas. Y&R spoilers tease that it’s clear Phyllis wants more information on Adam’s life before coming to back home to Genoa City. Will she find out he faked his memory loss?

Days Of Our Lives Spoilers: Maggie Confronts Xander About Lying — Wants To Know Why He Kept Dr. Rolf’s Diary From Her