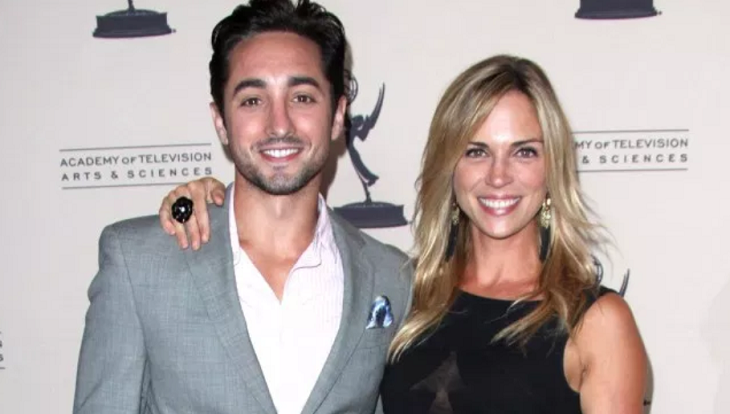 We’ve got exciting news from this General Hospital alum! There are new reports that say Kelly Sullivan (who is best known for her roles as Connie Falconeri and Kate Howard) has just gotten married! And we’ve got all of the details that you need to know right here.

According to reports, Sullivan recently tied the knot with her longtime fiancé, Eric Michael Roy. The two made things official on May 27, 2019 at none other than the Little Vegas Chapel. The pair met in 2010 at The Old Globe in San Diego while doing a pre-Broadway run of a new musical called Robin and the 7 Hoods.

More than nine years later, and Sullivan and Roy are still madly in love. If Eric Michael Roy’s name sounds familiar, that’s because he’s also in the entertainment industry.

Born in New York City, he’s a celebrity and fashion advertising photographer. Not only has he worked on Broadway, but he has also written and performed original music for films and television and has traveled the world as a vocalist.

As many fans remember, Sullivan also had a role on The Young and the Restless as Sage Newman. She also starred as Bonnie Hayes in the TLC drama series, Too Close to Home.

After graduating from the University of Arizona, she landed her first Broadway show in Contact at the Vivian Beaumont Theater in New York City. She also had significant parts in Bells are Ringing and Young Frankenstein.

General Hospital News – Will She Turn Up On A Soap Again?

Now, as far as Sullivan’s future in daytime television is concerned, it doesn’t look like she will be coming back to the soap world anytime soon. Her last television credits include Brooklyn Nine-Nine, the Lifetime television movie Give Me My Baby and a supporting role in The Adventures of Kid Danger.

Either way, fans know that when it comes to soaps, anything can happen at anytime. It’s without a doubt that her fans would love to see her turn up in Port Charles or Genoa City again.

At least, that’s what we have our fingers crossed for! Congratulations to Kelly Sullivan and Eric Michael Roy on their wedding!