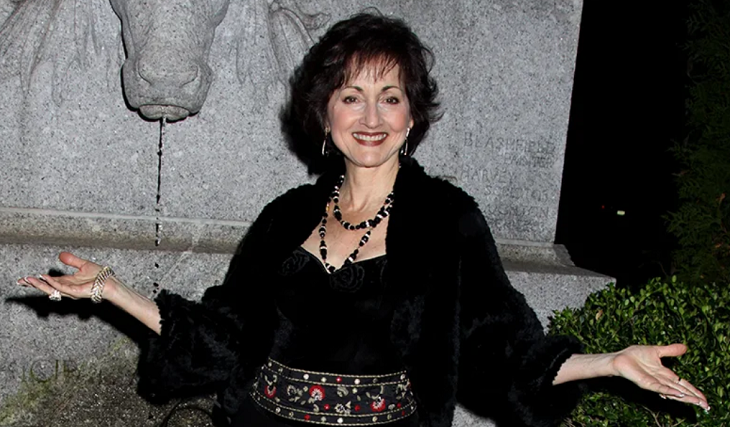 Well, recently one of Strasser’s fans on Twitter wanted some information about the ambiguous situation, and so he posted the following message: “Anyone? Fans/writers know when @robinstrasser debuts on @daysofourlives ?? It’s been a couple of months since the announcement now and heard nothing yet. Beyond stoked to see the reunion with @KassieDePaiva #Blair #Dorian #oltl #days #daysofourlives.”

The fan got a big surprise when Robin Strasser herself replied to his tweet with some information about when she’ll be showing up on canvas on DOOL.

Days Of Our Lives News –  Will She Play Role Of Vivian Alamain?

“I’ve been given the approval to reveal: BEGINNING OF SEPTEMBER – I will begin my guest stint on #DOOL,” Strasser tweeted. “Yes the character I play will meet brilliant @KassieDePaiva’s EVE but the old gal is definitely not Eve’s “Auntie” – more like her “ANTI” – haha – Any more coming from me would be DE TROP;-)”

The fan then replied back to Strasser with all his thanks. “OMG. Thank you for your reply,” he tweeted. “You two are ICONS and CAN’T wait for this. Dream come true to see you back on Daytime.” Strasser promptly replied to that post with: “Thank you Brad:)”

I've been given approval to reveal: BEGINNING OF SEPTEMBER-I will begin my guest stint on #DOOL Yes the character I play will meet brilliant @KassieDePaiva's EVE but the old gal is definitely not Eve's "Auntie"-more like her "ANTI"-haha-Any more coming from me would be DE TROP;-)

It’s great to see Strasser interacting with her fans and helping to spread information about her upcoming stint on Days of Our Lives. We should note that it has been widely speculated that Strasser will be taking over the role of Vivian Alamain (previously played by Louise Sorel), but as you can see from her tweet, she’s not commenting on who she’ll be playing just yet.

Days Of Our Lives News – Will There Be More Social Media Clues?

Of course, assuming that Strasser is going to be portraying Vivian Alamain, she may well have reason to share some scenes with Kassie DePaiva’s Eve Donovan. After all, Eve brought Jack Deveraux (Matthew Ashford) to Salem from the Nashville DiMera warehouse, and all indications are that Vivian was held at that warehouse as well.

Vivian may have some questions for Eve about what she knows about her time at the warehouse, or there may be some other connection between Strasser’s character and Eve. DOOL viewers will have to wait to see, since it will be a few months before we see her pop up in Salem.

But if we’re lucky, perhaps Strasser will drop some more clues on social media as September approaches. She seems to be happy to interact with fans and spill details as she’s able to do so. DOOL fans will have to keep their eye on Strasser’s feed for (hopefully) more details as time goes by.