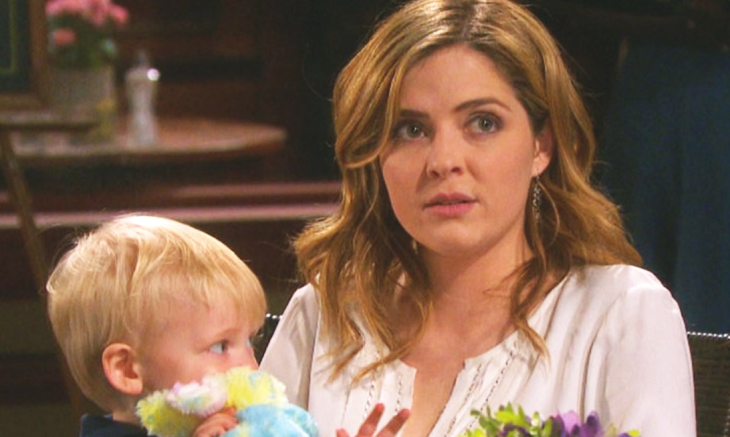 Days of Our Lives star Jen Lilley (Theresa Donovan) might be expecting another baby in her family during what appears to be a very special moment in her life, but it looks like she’s also going through a heartbreaking struggle as well.

Last year the daytime television star revealed that she was hoping to adopt her son’s biological brother, but unfortunately it hasn’t been very easy. Here’s what you need to know.

Lilley opened up in an Instagram account about her adoption battle and how desperate she is to bring her foster son into her family. Unfortunately, the boy’s aunt intends to fight for custody, which is making things incredibly hard for Lilley.

“We had an update in his case today,” Lilley wrote. “A random great aunt he’s met once for less than an hour, and only after he was already 12 months old and deeply bonded with us and more importantly, his biological brother, is fighting for custody.”

Lilley also went on to say that foster care has been incredibly difficult on her but she’s not giving up the fight just yet. Even though it’s emotional and unpredictable, it’s still worth it. And while she is grateful that the boy has extended family that he can count on, at the same time she doesn’t want to see her son and his brother separated.

“If you’re like so many people I talk to who say they would foster but just can’t because they’d get too attached, can I lovingly say that THAT makes you the PERFECT #fosterparent!

“These kids desperately need your love and attachment more than you need your heart protected. Trust me. It’s worth it. Please pray God’s will for this little one. We’re thrilled that as of now, he’s staying with us and his big brother who love him beyond words.”

Our hearts definitely go out to Lilley and her family during this very difficult time! Here’s hoping that she and the great aunt will be able to reach the best outcome for this little boy in need.

We will definitely update you with more information about the case as it comes in. We will be keeping our fingers crossed for Lilley.