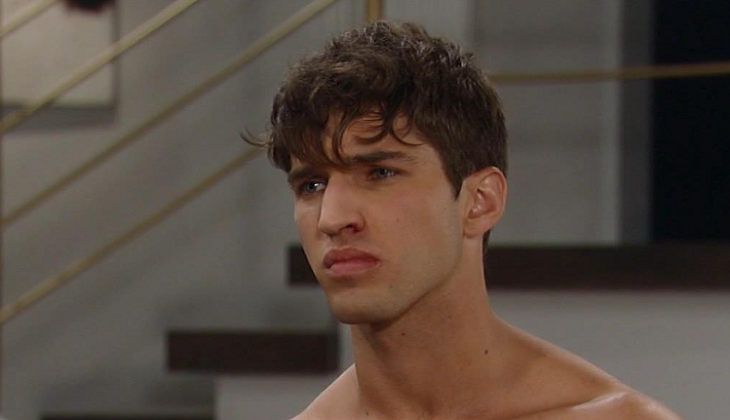 General Hospital alum Bryan Craig (Morgan Corinthos) continues to make his mark on Hollywood. The handsome actor has just landed a brand-new role in an upcoming feature film and we’ve got all the details here.

According to Deadline, Craig will be starring in a new film called Women Is Losers. He will star opposite Lorenza Izzo, who plays a young Latina whose promising future is cut short with an unexpected pregnancy during the mid 1970s in San Francisco. Despite all of the obstacles that she must overcome, she becomes a successful landowner.

As many fans know, Craig has been keeping very busy ever since he left General Hospital. He’s got a new series coming up called Grand Hotel, which is executive produced by former The Young and the Restless star Eva Longoria. His film credits also include Ridge and American Fighter, which are both expected to hit theaters later this year.

Craig is also one of the most celebrated and talented actors that many are calling a rising star in Hollywood. He won his second Daytime Emmy Award for Outstanding Younger Actor in a Drama Series back in 2017 for his portrayal as Morgan.

I think you all will love this one 😉

Now, whether or not Craig will one day return to his daytime television roots remains to be seen. Of course, General Hospital fans would love to see him reprise his role as Morgan Corinthos. There’s even speculation that he might be alive.

Then again, Craig’s plate is so full right now, producers of the hit soap might find someone else to recast as Morgan. So far Craig himself hasn’t made any comments about the possibility of coming back to Port Charles. Fans will have to tune in to find out for themselves!

#GH #GeneralHospital Spoilers: Jordan Tries To Be Optimistic – Will She Pull Through? @celebratesoaps https://t.co/VwOdsQQMId

Either way, we will be keeping our fingers crossed here. We love seeing Bryan Craig in action, whether it’s on daytime or prime-time television. In the meantime, don’t forget that General Hospital airs weekdays on the ABC network. Check your local listings for times.

And as always, come back to Soap Opera Spy for all the latest news and updates on General Hospital right here!