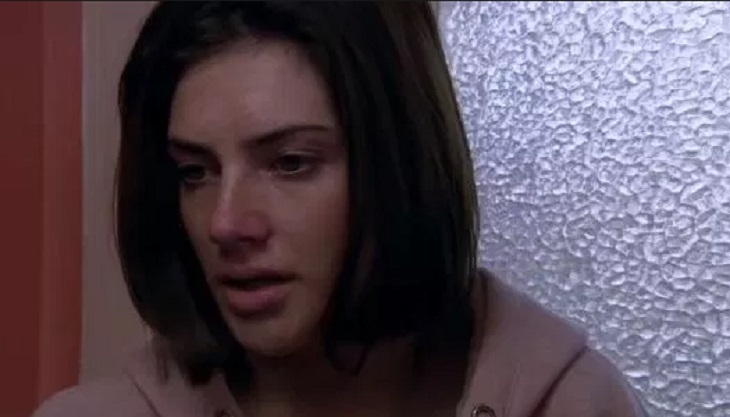 Despite Robert Sugden’s (Ryan Hawley) pleas,  Emmerdale spoilers tease Victoria Barton (Isabel Hodgins) is getting closer to fulfilling her plan of leaving the village for good. She could finally get the chance to start over and live a new life in a different place after hearing Diane Sugden’s (Elizabeth Estensen) good news. As Robert, once again, tried to convince Victoria Barton to stay, she wanted to make him understand that life for her there isn’t going to get any better.

Victoria said, “Lee or Wendy could show up whenever they want.”

“Do you have any idea how that makes me feel? Like I’ll never ever be free of them. I’ve got to go,” she added. Robert responded by asking her if she really wanted to give up her home, her family and her friends. Victoria was firm when she said, “Exactly, Robert. Because this is how bad it’s got. And if it’s a straight choice between living in peace or having to look over my shoulder.”

The EXCLUSIVE preview you’ve all been waiting for… 🌵#ComingSoon #Emmerdale pic.twitter.com/pJcvwUtK7Q

Diane then appeared and gave Diane the news that delighted her. She said, “Eric’s agreed to buy me out of the B&B at full market value. It means we’ll have enough cash to up sticks and find a rental anywhere you like – and you won’t have to wait to sell!”

“We could be out of here in no time,” she continued. Victoria then responded excitedly, “Diane, you have just saved my life. You have no idea. Thank you!”

As Victoria’s exit from the village draws near on Emmerdale, viewers will have to say farewell to another character, Robert Sugden, and this time, it could be for good. Rumours have been circulating for weeks regarding the exit of Ryan Hawley, Robert’s portrayer.

EXCLUSIVE: RETWEET 300x to UNLOCK a sneak peak of what’s happening in the village this summer! #Emmerdale pic.twitter.com/A6IufFbXa1

Emmerdale has finally confirmed the news that the actor is leaving the show later this year. Show producer Laura Shaw told Digital Spy that “Ryan Hawley is leaving the show — it’s been a fantastic five years with him and we will miss him dearly. There is some time left with him on screen yet but in time, it does mean that our beloved Robron are going to be parted.”

But before he leaves, Robert will be facing a lot of drama. Recent dramatic teasers show that he’s continuing to plot his revenge against his sister’s rapist. As he involves Dawn Taylor (Olivia Bromley) in his plan, he’s also risking her life in the process. Will he be successful this time or will his plan backfire?

General Hospital Rumor: Did Maxie Trigger Dante To Shoot The WSB Agent – Who Was Shot?