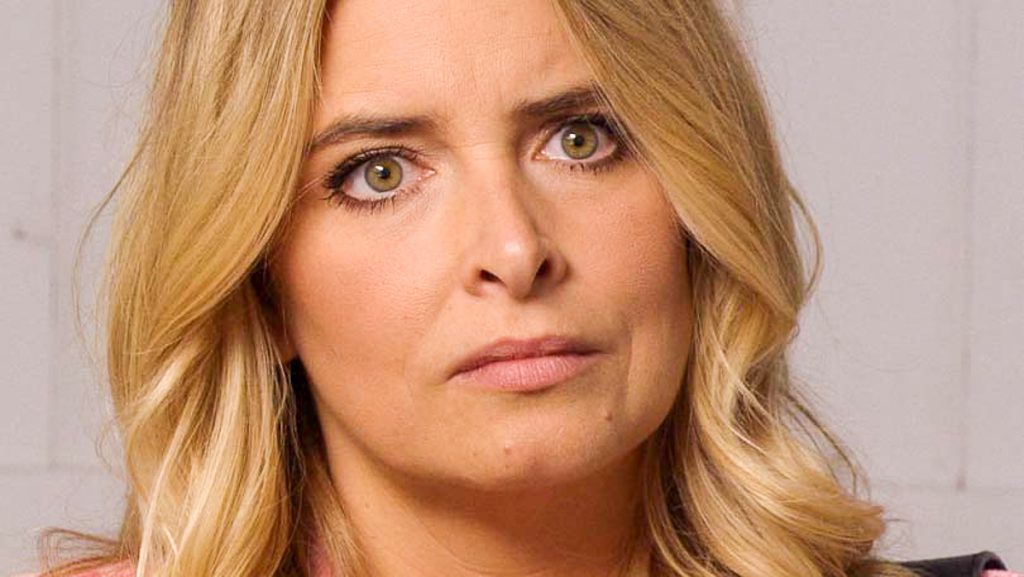 Emmerdale spoilers teased that Vanessa Woodfield (Michelle Hardwick) would find out the truth about Charity Dingle’s (Emma Atkins) secret dealings. Specifically, we are talking about her role in Mandy Dingle’s (Lisa Riley) schemes. It was predicted that the big reveal would cause the couple to split. Now, Charity is brokenhearted. However, the woman who walked away is also suffering.

Several weeks ago, Charity’s participation in Mandy’s scams were revealed to fans. Mandy ended up using Charity’s role in the deceitful dealings as leverage. The young woman insisted that the person she loved could never find out about it. In the soap opera universe, that is code for an upcoming big reveal and that is exactly what fans are getting.

It is teased that Vanessa discovers what Charity has been doing and to say the least, is not happy. In fact, she is so upset about the situation that she calls off the engagement. According to Metro, actress Emma Atkins discussed her character and the storyline.

“Charity is quite devastated… Her world is crashing in on her, and it’s not like she can run to Vanessa — because Vanessa would be the most perfect human to run to in a crisis… it’s all falling away at the seams because that confidante, that relationship and that closeness is gone. It’s evaporated…”

Charity has never been perfect, not by a long shot. Her character is known for having a bit of a wild side. However, her relationship with Vanessa seemed to tame that. The romance made her a better person. However, you can’t change a person, their traits or the vices that seem to call to them — at least not forever.

This is what happened with Charity. She already had the craving to do something reckless, wild and an activity that would provide easy money. It was like a carrot dangling in front of a rabbit — Charity simply could not resist temptation.

Emmerdale spoilers suggest that while Charity is devastated over losing her love, she isn’t the only one in pain. Vanessa is also suffering, even though she had to make a difficult and heart-wrenching decision. Vanessa really believed that Charity had changed for the better. She even gave Charity an opportunity to come clean on her own. If she had taken the bait, then perhaps things would have turned out different.

Emmerdale Spoilers – The Future of ‘Vanity’

Emmerdale spoilers indicate that Charity and Vanessa might be over for good. That this might be too huge to overcome. However, there is nothing more powerful than love. Perhaps with a little time and soul-searching, these two will come to an understanding. Not just getting each other, but truly understanding themselves as well. When that happens, perhaps the two will find their way back to one another.

The Bold and the Beautiful Spoilers: Cost of Brooke and Hope’s Adoption Scheme – Both Lose Men They Love?