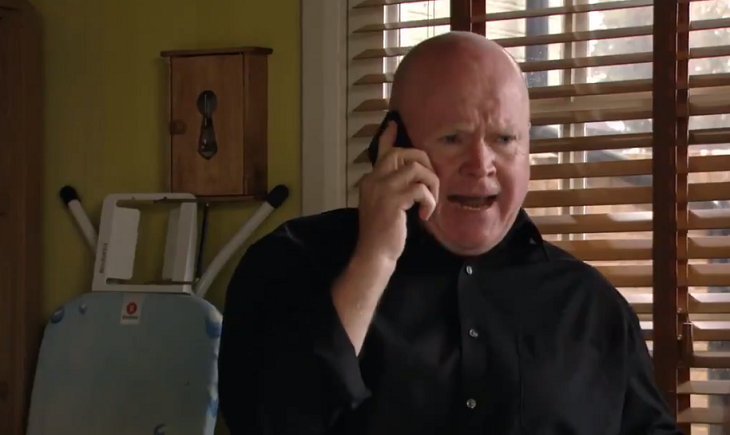 EastEnders viewers may recall that Louise Mitchell was kidnapped by Midge (Tom Colley), Danny Hardcastle’s (Paul Usher) accomplice, as part of the latter’s revenge plot against Phil. Keanu Taylor (Danny Walters) witnessed Louise’s abduction but was, unfortunately, too far away to do anything to stop it.

Louise was kept captive inside a shipping container with Midge constantly threatening her with an acid attack, a method that he likes to use when trapping victims for his and Ben’s human trafficking operation.

Keanu frantically calls Phil to inform him what happened and the latter heads out in a hurry with Ben Mitchell (Max Bowden). Sharon Watts (Letitia Dean) demands to know what is going on but Phil tells her to stay out of it and keep quiet.

Sharon tries to find out what happened and thinking that the gang is behind all these, she questions Dennis Rickman (Bleu Landau) and Tiffany Butcher (Maisie Smith). But Tiffany didn’t back down and put Sharon in her place by saying, “If Stix wanted to hurt Louise, he’d do it outside your front door. Take a chance and call the police. Things ain’t always black and white.”

Sharon ends up telling everyone including Lola Pearce (Danielle Harold), Honey Mitchell (Emma Barton) and Kathy Beale (Gillian Taylforth) despite Phil’s instructions. Lola feels guilty as she knows very well that all of these were part of Ben’s plan to bring Phil down.

EastEnders Spoilers – Kathy Beale Livid Her Son Is In This Mess

Meanwhile, Kathy is livid, believing that Phil dragged her son down in this mess. Billy Mitchell (Perry Fenwick) tries to calm them down but ends up doing more damage than good when he slipped and revealed that Phil has gotten himself in trouble again. When Kathy and Sharon pressed him for more information, he had no choice but to reveal that Phil got involved in a money laundering scheme, so he can pay off his mounting debts.

Meanwhile, Keanu, Phil, and Ben arrived at the docks. Keanu heads off to find his on-off girlfriend while Phil ordered Ben to stay put and keep watch. Just as Keanu finds and tries to free Louise, Mitch hits him from behind and knocks him out. Keanu ended up being tied together with Louise inside the shipping container.

It's family first for Jean as she yearns for a reunion with Sean. But can she find him? #EastEnders. Tonight. 7.30pm. @BBCOne. pic.twitter.com/ee9XeJMOlZ

Will Sharon call the police as suggested by Kathy? Who will save Louise and Keanu? Will they ever find out about Ben’s revenge plot?