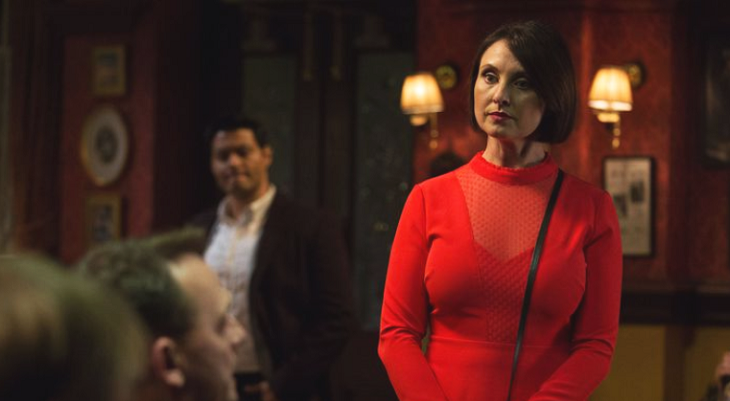 On “EastEnders,” Honey Mitchell (Emma Barton) is set to make life-changing decisions next week. Adam Bateman (Stephen Rahman-Hughes) will ask her to move in with him, an invitation that she is expected to accept.

If there is one person who is against all these, it’s her ex-husband Billy Mitchell (Perry Fenwick). Billy and Honey had been apart after he was caught cheating with Tina Carter (Luisa Bradshaw-White) last year.

Viewers of “EastEnders” may recall that he recently saw Habiba Ahmed (Rukku Nahar) make a move on Adam. He tries to convince Honey, albeit indirectly, that moving in with Adam is not a good idea.

He does everything he can to plant doubt in her mind given that he is still in love with his ex-wife. However, Honey is quick enough to realize what Billy is up to, forcing her to confirm that she’s made her decision, leaving Billy heartbroken.

Meanwhile, Lola Pearce (Danielle Harold) overhears Adam’s plan about Honey and decides to play matchmaker between Honey and Billy. She comes up with a plan to help Billy win back Honey.

She shared a close relationship with her grandfather and after she returned, she promised to do what she can to reunite him with Honey. However, her plan backfires when Honey gets a hold of what she’s up to and immediately shuts Billy down by telling him that she is moving in with Adam as soon as possible.

Billy begs Honey to bring their kids, William Mitchell (Freddie Phillips) and Janet Mitchell (Grace) to his birthday party at the Vic. She does what Billy asked but made it clear to him that she is there only for the kids.

As the party goes on, Honey talks to her kids and eventually makes a huge decision about her future. What will this be? Will her kids approve of her decision? Or will they ask her to give Billy another chance?

Meanwhile, as Billy continues to celebrate his birthday, Jay Brown (Jamie Borthwick) asks him to get some air. But instead of feeling a bit refreshed, Billy is shocked with what he sees. What could it be?

Days Of Our Lives Spoilers: Abe And Sheila Test The Waters – Just In Time For Valerie’s Return

‘General Hospital’ Spoilers: Aiden Open Up To Nina About Being Bullied, She Finally Gets It!